Freeverse: Flick Fishing has done tens of thousands of micro-transactions 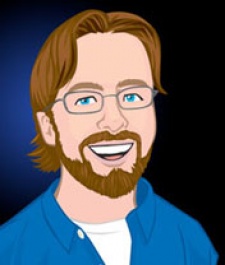 September 22nd, 2009 - 11:00am
By Jon Jordan, Contributing Editor
Alongside Pangea's Enigmo, Freeverse's Flick Fishing was one of the first iPhone and iPod touch games to support in-app micro-transactions as part of Apple's OS 3.0 firmware release.

It costs 99c - the same as the main game - and provides users with a new location, three new types of fish, and a head2head mini-game, Fish Jack.

We cast a line over to president Ian Lynch Smith to find out how the experiment was working out.

Pocket Gamer: Why did you decide to go so early in terms of introducing in-app transactions into Flick Fishing?

Ian Lynch Smith: We wanted to get a take on downloadable content early to make sure we understood the technology and to have some real world idea of how people would use it and in what percentages.

How big an issue or concern was/is the lagging of iPod touch owners to update to OS 3.0?

It was not an issue for us. We try and keep ourselves building for the future, and an iPod touch owner who isn't interested in a substantial upgrade that costs $5 probably isn't a very active App Store customer anyway.

What sort of conversion rate did you expect for micro-transaction?

We exceeded our conversion rate target, but it's hard to know what that means as we're selling the new Private Beach expansion pack not just to new customers but to the very large installed Flick Fishing user base.

What was the reaction from Flick Fishing fans?

Reactions have been positive from the vast majority of users, tens of thousands of whom are enjoying the Private Beach.

It's a lot of content for DLC - we're not being stingy in what it offers. The game is as full featured as it ever was; the DLC is purely a choice, so happily there's not a lot for users to find fault in.

More generally, there seems to be a backlash about in-app transactions and whether content should be available as part of a free update. How do you think developers can overcome this?

It's essential to be aware of what the user is objecting to in their remarks.

We've been very firm in our belief and applying that belief to in-app purchases since the announcement of DLC: Never make a customer pay for something that should have been present from day one. New content is just that - new.

How significant do you think it would be for Apple to enable in-app transactions for free games?

Making a game to sell at a set price is very clean. Your incentive is to make your game great - a work of art.

If the customer isn't someone making that initial value judgment, but someone you're trying to hook and get addicted, you make the gameplay about advancement that's tied to the user spending more money - that's a different goal.

So it would be significant in that it would put even more pressure on companies to make games designed to continually extract money from users instead of games that are great. It's subtle but there is a difference, and over time it would change the gaming landscape. It's already happening.

Do you think you'll ever be able to charge more than the current 99c minimum?

Having a healthy game market is good for everyone, so hopefully this will be the case. As the iPhone and iPod touch game playing audience grows more experienced I believe they'll be willing to pay more for quality games from companies they trust. At least a bit more.

You can keep in touch with Freeverse via its website and twitterfeed.