Opinion: Why ngmoco's purchase of Freeverse is a good deal for Freeverse

And, surprisingly, for ngmoco too 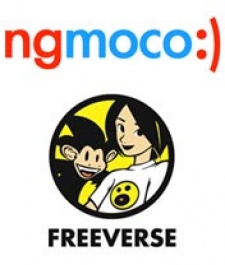 February 23rd, 2010 - 01:55am
By Jon Jordan, Contributing Editor
The one thing people do when confronted with a multi-million acquisition is get confused by the scale of cash involved.

In the situation of iPhone publisher ngmoco buying iPhone publisher Freeverse, the headline figure is the $25 million that ngmoco has raised in terms of its third round of venture capital funding.

Actually, that's not the big figure.

Since its July 2008 launch, ngmoco has raised a total of $40 million in venture funding, the new $25 million coming on top of a pot of $15 million.

It got $10 million in March 2009, with $5 million being used to kickstart operations.

One conclusion we could draw is that in less than two years, ngmoco has spent $15 million of its investors' money. It's probably not the truth as companies raise additional cash when it's available to them, not because they've run out of funds.

Certainly ngmoco has burnt through millions of dollars of venture funding in its quest to become one of the success stories of iPhone game publishers though.

But it's learnt significant lessons too.

Its original model - as seen in high quality, high priced games such as Rolando and Star Defense - didn't work in the commercial environment of the App Store in which the prices of the most successful games quickly dropped to 99c and free.

Turning on a million dimes

That's why a year after its formation ngmoco completely changed its business, moving to the freemium model in which games are free to play and people pay for in-app items, customisation options and other non-essential gameplay elements.

So far it's released two games in this vein. First person shooter Eliminate Pro launched successfully and is being further extended, while the broader demographic of Touch Pets seem to have better sustained user rates.

Together, they have been downloaded over nine million times according to ngmoco CEO Neil Young.

In addition, in November 2009, ngmoco bought another developer; Miraphonic, the developer of iPhone and Facebook online games Epic Pet Wars, for an undisclosed sum.

The rhyme of Freeverse

But while the Miraphonic deal made sense for ngmoco in terms of it being relatively cheap and it buying a company that was completely aligned with the new business model, the Freeverse acquisition is the exact opposite.

For one thing, all of Freeverse's games are paid, with only one - Flick Fishing - including in-app purchases. Its games are also relatively cheap, being released at between 99c and $1.99. And Freeverse doesn't make online games; doesn't even do in-app advertising.

Indeed, it could be argued it's more successful in commercial terms than ngmoco.

Freeverse has sold 5 million iPhone games, so must have booked revenues of at least $3.5 million, and as a small, well-run company will have been operating at breakeven, and probably profitably.

As a start-up, while ngmoco may have had profitable months, but won't be close to breaking even. That's just how start-ups work.

Of course, for Freeverse - notably brothers Colin and Ian Lynch Smith - the deal will have been amazing.

Figures haven't been released but Freeverse as an iPhone publisher/developer is one of the few examples of a company that has managed to successfully transform itself from the early Apple fanboy days of iPhone to the gold run and beyond. Its games have always been high quality, if prosaic in terms of being based around sports, racing and simple action platforming.

In one sense then, it's at the height of its commercial power and is being bought by a company that needs it more than it needs to be bought.

That's a situation which can add zeros to any pricetag.

What's more surprising perhaps is that the deal works for ngmoco too.

For one thing, it's been able to raise more cash from its investors, significantly diluting its founders' stake along the way for sure, but bulking up the combined publishing unit into one that should be able to compete on the App Store with the likes of mid-tier mobile and social publishers such as I-play, Digital Chocolate and Glu Mobile.

Also buying Freeverse makes ngmoco a more attractive future acquisition - the likely exit strategy for its investors - as well as securing its short term viability thanks to its cash injection, some of will have been delivered for that express purpose.

To that degree, doing such deals is just what start-ups do.

What's really vital, and sensible, for ngmoco however is that as a complete contrast to its own games, Freeverse's paid-only games are perfect to extend its reach as a freemium publisher.

Freeverse has already sold five million games so just think how many downloads it could generate if they were free, so the thinking goes?

Free versions, or sequels, to million-sellers such as Flick Fishing and Skee-Ball could generate over ten million free downloads.

This links into the thoughts of Neil Young, who told TechCrunch that "On any given day, you have about 2 percent of your audience paying you money".

Obviously, such freemium gamers demand quality games, but in order to get their business model to work, freemium publishers require a vast number of gamers so that 2 percent is big enough to generate the sort of revenues at 70 percent of 99c per item that could pay back the multiples expected from $40 million of invested venture cash.

So it's the combination of high quality, commercial games that haven't yet been given away for free that ngmoco is actually buying.

Let's not forget this is a model that's been well proven online, on Facebook, and in other mobile territories such as Korea, with companies such as Zynga, Playdom, Playfish and Gamevil generating profit margins of up to 50 percent.

Whether this will work purely on iPhone remains to be seen of course, but ngmoco has said it will extend its games to Facebook, and no doubt, if the market exists, it will extend it to other mobile devices in time as well.

Yet, the bottomline for a company that's set out its stall as an iPhone publisher is that if ngmoco didn't believe the freemium model wouldn't be as successful on iPhone as on Facebook, it may as well as have called off the Freeverse deal and given back any remaining cash yesterday.

And start-ups definitely don't do that, and that's why tonight at least, ngmoco, Freeverse, and their investors, can all go to bed happy.