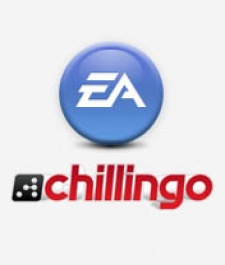 October 25th, 2010 - 10:46am
By Jon Jordan, Contributing Editor
When it comes to affairs of the heart, the consensus is that opposites attract.

The lack of couples consisting of fiery young Latinos and serious old WASPs suggests this is something better articulated by the songwriter than proven by statistical survey.

Yet, when it comes to corporate mating, such couplings - particularly when you take into account their respective financial discrepancies - often makes sense.

While the acquisition of a direct competitor enables savings through the stripping out common services - offices, middle management, sales & marketing - A + B is more likely to result in a synergetic C than the dilution of A+ with B-.

And the former is the situation when it comes to EA Mobile's (technically EA's) purchase of UK iPhone publisher Chillingo.

The price hasn't been announced but the consensus figure of $20 million cash (presumably with some sort of future bonus scheme) feels about right.

Chillingo is a proven business. It's the most voluminous publisher for Apple's iOS devices, mixing up hundreds of its cheap 99c Clickgamer releases with fewer higher priced games - whether due to quality of the game or use of licences - under the main Chillingo brand.

Yet, despite its publisher moniker, Chillingo is best described as a distributor.

Working on a percent revenue deal for the games it releases, Chillingo doesn't fund development as a traditional console publisher would. Instead, it relies on its reputation, with games such as Zen Bound, MiniGore and Angry Birds sufficient to attract the myriad of iOS developers trying to gain an app discovery bonus.

It's had enough successes to continue to attract new products, while it can point to the one million sales within the first two weeks of Zeptolab's Cut the Rope as evidence of its sustained power to kick otherwise likely unnoticed games up the App Store ladder.

But while Chillingo's status as the App Store's premium volume publisher/distributor is secure, the real question is, is that enough for EA to buy it?

Simply, the answer is yes.

EA has been a complete failure when it comes to engaging with the hundreds of independent developers releasing great games on mobile platforms that are downloaded tens of millions of times. Indeed, this was underlined by its attempt to attack the 99c game iOS market back in the summer of 2009 when it opened an internal studio, cutely called 8lb Gorilla, to make games for this market.

Quietly, it was shuttered after one release.

Chillingo however - historically without much marketing or PR support - has picked enough winners in the sense previously best described via the music A&R or the slate operations of the movie business to be strongly profitable in a market that is now awash with M&A millions.

Indeed, for this reason, it's the assumed low range of the assumed $20 million price tag that has gained most commentators' comments.

Yet, as a distributor, not a publisher, Chillingo has never funded iOS titles, and hence is assumed to only have limited IP rights to iOS - and in some cases PSP Minis - game releases.

Obviously, the ecosystem is changing quickly and not doubt Chillingo's new standard EA lawyer approved terms will encompass as many ancillary rights - whether Windows Phone 7, bada, XBLA or plush toys - as possible.

However, with the corporate and spiritual power of EA now behind it, it seems likely that Chillingo's client developers will be asking it to do more for its dollar i.e. start funding games if it wants more IP rights.

So despite EA's statement of the future independence of the company, synergies in this market would be best served with EA Mobile providing Chillingo with a say $5 million warchest to fund a real mobile game publishing business.

This would enough to produce perhaps 30-40 games, which when plugged into EA Mobile's corporate PR and marketing machine should provide enough hits to roll out onto mobile, portable and other digital distribution platforms to a very profitable conclusion.

Obviously, topline thinking would consider whether Chillingo could replicate its release of Rovio's Angry Birds.

Unlikely. As the best selling iPhone game ever, Angry Birds is the exception that proves the rule. But getting a MiniGore or a Cut the Rope across five or six platforms a month after proven multi million sales on Apple's App Store would be enough to make this deal work extremely well for both parties.

Indeed, I'd be surprised if Chillingo's ex-shareholders aren't massively motivated by future bonuses in term of pushing the company's future performance; financially much moreso compared to the value of the initial deal. (Remember a quarter of ngmoco's $403 million purchase by DeNA consisted of optional payments based on future performance.)

In this case then, the sparks that fly when opposites attract (and are bought) could result in the procreation of vast amount of cash.