Opinion: Apple's move to ban Tapjoy and Flurry is incredible

Welcome to the cruel world 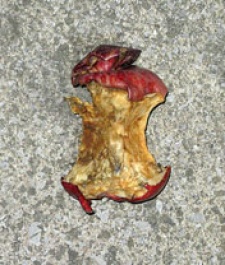 April 19th, 2011 - 03:48pm
By Jon Jordan, Contributing Editor
It's not the first time mobile services companies Flurry and Tapjoy have fallen foul of platform holders who have taken against their business models.

Flurry's analytics system (amongst others) was banned by Apple, when it decided to shift the goalposts and clamp down on user privacy in April 2010, while working on its own advertising network iAd.

Conversely, Offerplay, which bought Tapjoy in March 2010 and then took its name, had a very bad reputation for its incentivisation methods on Facebook and MySpace.

One of its biggest clients was Zynga, which had games such as FishVille pulled from Facebook in a debacle called ScamVille. It's since cleaned up its act, with new management and business models.

Never slow when it comes to changing the definition of its rules, Apple is now taking an similarly stern approach to the incentivisation industry on iOS, something - if Tapjoy's figures are to be believed - is a substantial business.

As well as Tapjoy and Flurry, other companies operating in the space include W3i and Adknowledge although we've not yet had confirmation that any games using those systems have had updates rejected.

"This move is quite incredible, given the size of Tapjoy and Flurry's business," one insider told PocketGamer.biz.

Both companies have raised significant amounts of VC money. Tapjoy raised $21 million in January, bringing its lifetime total to $40 million, while Flurry's third round in December 2010 raised $15 million. It had previously raised over $7 million.

These most recent sums were specifically generated on the potential of such mobile app discovery and distribution services.

The reason this sector has grown so fast is due to the explosion in freemium games, with companies big and small spending their marketing cash to encourage people to download their apps and games in order to get currencies in games they are already playing.

It works because it's the easiest way for players to generate large amounts of in-app currency they would otherwise have to buy with real money, while developers and publishers can spend a fixed amount of cash by deciding how many installs they want to buy, and in which territories.

Not only is it now banning games that use these methods when updates are submitted, it's also tweaked its App Store algorithm to minimize the importance of a download while increasingly the value of regular interaction with the game.

Of course, the fact that revenue generated by the per install business isn't funneled through the App Store so Apple can take its 30 percent cut will be another factor in the company's decision.