Too little, too late, and too expensive 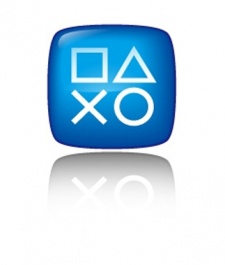 October 9th, 2012 - 09:30am
By Kristan Reed
If you were really paying attention last week, you might have been dimly aware that PlayStation Mobile launched across the world....to absolutely zero fanfare.

It achieved precisely none of those things with anything bordering on conviction.

All PlayStation Mobile truly represents is a fairly half-hearted attempt at rebranding two under-performing strands of its digital business - the PlayStation Suite and Minis.

If you're familiar with either, then the chances are it's because you write about videogames for a living. In several years of trying, I've never met an actual real-life non industry gamer who admitted to buying a game off either. If they had done so, it was probably by mistake.

That's not to say that there weren't any decent Minis. There were a lot more than you might imagine, but the discoverability was absolutely awful, and the games media roundly ignored them - and it's much the same deal with the PlayStation Mobile.

One of the main problems is that the PlayStation Store is a total pain in the arse to use, and always has been.

It's easy enough to browse if you're just looking for that week's new releases, but once you're forced to dig any deeper than that, it's a pretty hateful experience.

Once the store starts to fill up with year's worth of content, everything gets grouped in irritating fashion, such as A to C, D to F and so on, with no means of specifying a particular letter yourself.

At the moment, if you're browsing on the PS Vita, you have the option to look through the latest, featured, or all titles, and can check out a trio of screenshots, and a text description, but that's it. 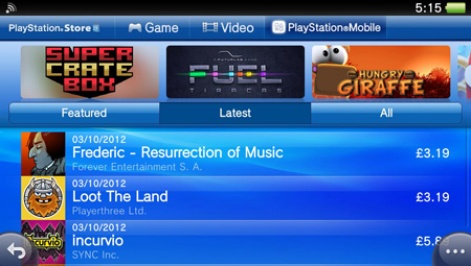 Not only does it take slightly too long to stream in the pictures and info, the lack of a trailer link and user reviews leaves you having to trust the store's generic five star user rating system.

In other words, unless you're already aware that a game is good, and that it's out, the chances of you finding it yourself, or being attracted into giving it a try are fairly slim.

And then there's the pricing. As with the Minis selection, most of the games available are priced just a fraction too high to make it tempting for most people to take a punt on.

The impulse to say no

Titles like Beats Trellis, Fuel Tiracas, Beats Slider exist at the accepted mobile impulse price of £0.65, but others, such as Frederic and Loot, (both £3.19), Incurvio (£5.89), Nyoqix (£4.49) and Magic Arrow (£3.99) would only sell well via some seriously good marketing, or an unusual level of word of mouth.

Of course, if all this carefully curated content was top-notch, the price argument would be less of an issue.

In fact, a lot of quick fix gamers would be grateful to have a selection of titles that perhaps explored the advantages of touchscreen and physical controls - something out of reach for mobile gaming in general, unless you're one of the few with an Xperia Play.

The slightly unwelcome truth is that the initial 21 titles released so far are a bit of a hotch potch of old and new titles, great and not so great.

Previously released games like Super Crate Box (£2.49), for instance, work a treat by virtue of the precision offered by physical controls - but, then again, you're paying almost double the App Store price for that privilege, and yet you don't get any trophy support, never mind leaderboards and multiplayer. Forget it.

If Sony's hoping that its 'less is more' approach is going to coax people away from the App Store and Google Play, then that also has to apply to the cost of the games.

The fact that you can play your games/apps on both PS Vita and your phone is hardly a big deal, either - it's a benefit that mobile/tablet gamers have been enjoying for years.

If Sony can coax a few more handset manufacturers into releasing 'PlayStation Certified' devices, then it might start to gain more traction, but it would take a Samsung partnership to make a real difference. Getting HTC on board is a start, but much more needs to be done.

As it stands, the PlayStation Mobile initiative is going to bumble along with a smattering of development support from a few indies hoping to get noticed outside of the maelstrom that is the App Store and Google Play, but in the real world, this is just one of more than a dozen digital gaming platforms vying for eyeballs.

One possible option is to chase the free to play market more aggressively.

Right now, there's just one rather underwhelming stab at it, in the shape of Sony's Everybody's Arcade. But much like the rest of this 'carefully curated' selection, it's a curious mish-mash that doesn't come off.

Instead of giving the player access to demos of the 'arcade's five games, you're allowed to sample Klondike, and even then only for a total of 10 minutes.

Until Sony embraces a try-before-you-buy mentality, or goes straight for the freemium approach, few people are even going to bother checking out what's available.

Frankly, they're not exactly short of brilliant, cheap options elsewhere. 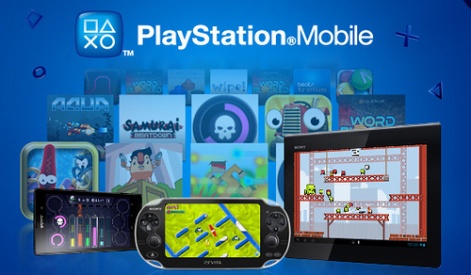