Devs that open up have the advantage 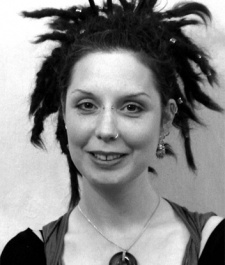 A few weeks ago I spoke at the Women in Games Conference on a panel about 'diversity'.

There's a complex host of reasons why games industry employees are typically 'un-diverse' - white males usually making up the bulk. Up until I had a baby, though, I couldn't really have complained about it. I'd worked very happily in the industry for over a decade.

Yes, I've had the occasional daft comment - like the interviewer who told me he was concerned I would "distract the rest of the team" - but nothing that's hindered by career progress.

I just got on with designing games and being part of the team like anyone else.

The angle I spoke about on the panel centred on my experiences after I became a mother.

Essentially, that the industry's reliance on out-dated working practises that demand such long hours and obsessive devotion to games make it difficult for a diverse range of people to work within it.

I should emphasise that the company I worked at  Creative Assembly  was phenomenally good during my maternity leave and when I returned. Despite its efforts, however, the ingrained culture of working in games industry makes it an uneasy fit with being a parent with responsibility for childcare.

I suddenly went from having my dream job to feeling that work was an oppressive grind.

Having to race between nursery and train station to do the commute to work and vice versa on the return trip is stressful and exhausting.

When home time is almost 100 percent taken up with baby care, it's really difficult to play hours of games a week, which I had previously done and enjoyed doing, that kept me up to date with the competition.

Add in the cost of childcare and suddenly you start to question whether it's worth actually working at all.

There are certain things companies could do to make life easier for parents - subsidised childcare and on site crèches, for example - but that I feel would simply be sticking plasters on a symptom, not a cure for the root cause.

In my opinion, this whole issue goes deeper than being simply about mothers and childcare.

The games industry has been built on the idea that making games unavoidably involves working long hours with a team all together in a physical location. The notion that developers will do all their research - looking at other games - in their own time, and the "crunch" as a game nears release, is just a fact of life.

The origins of all this are easy to comprehend, and stem from when the industry was born of obsessive "bedroom coders" creating games they loved.

But big companies have continued to exploit this work ethic  with the crucial difference that now developers create the games that management (attempt to) predict will be the most profitable.

I'd like to believe that most studio managers don't consciously think of this as exploitation, but I can't believe that the people at the very top, the directors and shareholders, are so ignorant of how business works that they're not aware that long, unpaid overtime hours from workers means potentially more profits for them.

The knock on effect is that the working practises suit those who are already pretty obsessive about games and have little life outside of them  and that's people who are young, unattached, able to commute, have no kids and, it seems, mostly male.

When we started Lady Shotgun we didn't want to adopt those work practises. Being as the first three of us on board were looking after our children, we simply couldn't.

We formed with the ethos of working from home, and flexible hours, and only on projects we loved. I'm sure many games industry business people would have found this hopelessly naïve at the time.

The irony is that the work we've done as Lady Shotgun has been some of the most efficient and smooth of my career.

In 10 months we've produced our first game Buddha Finger with an entire team working part time from their own homes, and the responses we've had to the game so far have been overwhelmingly positive.

I would absolutely and definitely make any other game of any size and scope in this fashion.

The result is we can have people on our team who can't work normal office hours, and who are unable to commute.

That opens us up to a whole diverse range of employees who could not or would not like to work in a restrictive traditional studio.

It's very easy to do with just a few key changes to the way things are done, but I fear big companies who are set in their ways would never be able to make those changes - especially since one of those changes is to dissolve the usual owner/employee pay divide and treat the whole team as shareholders in the game they're making.

'Tant pis' (too bad) for them, as the French say. The old school industry can continue to scratch its head at the lack of diversity whilst we get on with making it a reality.

I do not wish ill on anyone, but I very much hope that what started off 11 months ago as three mums flying in the face of accepted games industry practises will eventually turn out to be not only a more equitable and diverse way of working, but also a more successful and sustainable one.
You can find out more about Lady Shotgun Games, and peruse artwork from the studio's first game, on the Lady Shotgun website.

Reply
Cookie_Curse
I completely agree with what you said, I am a 21year old female and still in college though, but I see this as a great opportunity for the industry to expand its influence on female population. The average gamer is a white male between 28-35 years according to some statistics that I read, I think we need to lower that bar a little and expand on females. As a game developer and a female it would be hard to get accepted in to the current gamedev scene sadly. Unless you are an indie who doesn't care what others in the industry think, but how profitable is this?
Posted 9 years, 1 month ago

Reply
Dave
It's a great idea: working like this could lead to new, more diverse people making games, and a healthier Work/Life balance for those already making them. It's going to require a huge mindshift, which I'm not sure everyone is ready to make, but I can see the smaller, more agile teams going for this. Think we're a way off the big software houses doing this but I hope small steps in the right direction can be made.
Posted 9 years, 1 month ago

Reply
Phil Maxey
I think having a team working from home can work well if you are all friends/mates etc because everyone needs to be pulling in the same direction otherwise it's harder to pull off.
Posted 9 years, 1 month ago