Rules and regulations won't get us anywhere 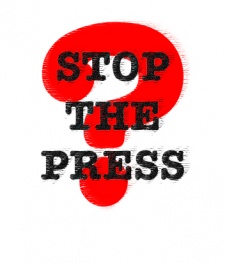 November 1st, 2012 - 11:53am
By Keith Andrew
These are dangerous times to be a games journalist. Or, at least, that's what we're being told.

In a quite startling sweep of self-evaluation, games journalists across the UK are currently questioning every move they make, every sentence they tap out, and every bit of free food or drink they scoff down in case they're accused of selling out.

Why? Well, without digging too deep into the details (others have already attempted to lay out a timeline of events), there's a suggestion that some writers and editors have brought their work into question by cosying up to those handing out free goodies.

Since dubbed 'Doritosgate', it's a scandal that has resulted in the man who dared to call in the industry into question stepping away from the column he used to do so, and the site it was published on reportedly faced with a legal challenge as a result.

It's even started to gain coverage in the US.

In the specific case that sparked the controversy, a select band of journalists were accused of muddying their integrity by tweeting a specific hashtag via their personal Twitter accounts in order to try and win a PlayStation 3.

However, the debate has since spiralled out of control, with some now questioning the validity of almost every element of a games journalist's day to day life: from tucking into a free lunch at an event to forming any kind of professional or personal relationship with either games PR or the developers themselves.

The end result has been the decision by some sites to draw up rulesets designed to keep their writers in check and, hopefully, whiter than white.

All of this, however, worries me.

There are, of course, rules that have been suggested by some that make perfect sense  almost so much so, that it seems ridiculous to declare them outright.

If you've been a consultant on a game, for instance, the suggestion is you shouldn't have anything to do with it once it comes out on a professional level. That's something that seems entirely obvious to me.

Writers should also avoid covering titles in which they have a financial interest, or have family or close friends working on them. Again, that's something that, to most people, would seem logical.

Other rules, however, appear a mite dangerous, and seem to focus around the idea that it's inherently corrupt to form relationships with others working within the industry.

Firstly, this irks me because it suggests that, almost by default, journalists can't be trusted to take an objective view on a game or issue that involves someone they know. If that's the case, then I think it's fair to say that the journalists in question aren't the best at their job.

Secondly, it risks damaging the very relationships that, industry over, help deliver some of the best content to the sites you read day in, day out.

Some of the best read stories on PocketGamer.biz, and  indeed  most compelling content published across Steel Media's entire network since its inception has been the result of an initial conversation with a close contact, or a spark triggered by something someone has said socialising at an event.

If, as some suggest, games journalists are to turn down all free food and drink at any events they intend  presumably leaving to find their own solitary sustenance away from the action  then the networking that is essential to this job will fly out of the window.

To put it simply, a journalist that isolates him or herself from the rest of the world will only ever be able to serve up farmed content: stories simply rehashed from elsewhere with little insight or outside comment.

A core part of being a good games journalist relies on an ability to invest in the industry, and that means connecting with the people who drive it  developers, publishers and, dare I say it, PR.

Not only are those suggesting all such activities be needlessly outlawed creating a rod for their own backs (look out for the first journalist to rat on another who dares to sneak a piece of quiche at an event, despite his or her editor prohibiting it), but they're also hampering the ability of their writers to do their job.

Such new rules also look rather out of place when you examine them in the context of the industry's wider practices.

Suddenly, a journalist that accepts a free beer now runs the risk of being labelled 'corrupt'.

In reality, however, the fact said journalist knows his or her wages are effectively being paid by a small band of publishers spending tens of thousands of pounds on ad campaigns is, potentially, far dodgier.

Are those claiming they will 'never accept free flights' from publishers and ruling out any close relationships with those working at such companies advocating a move away from advertising? Of course they're not  their sites wouldn't exist without it.

Attempts to suggest drinking the odd pint with someone in PR is the cause of the industry's ills is utterly ridiculous and, in effect, a diversion from the far bigger problem that is the potential conflict of interest the monetisation model most big sites rely on can cause.

It's little surprise many editors currently sat on their high horse don't really want to talk about that.

If we scale the debate back down, however, then ultimately journalists of any kind need to look at their activities and question whether any relationships they have or freebies they've benefited from have coloured their coverage in any way.

If the answer is yes, then they're probably in the wrong job.

But this current drive to find a solution with new harsh guidelines is actually a red herring.

Putting to one side the specifics that led to this particular affair, we can surely all agree that there will always be people in any industry that will bend any rules you happen to impose on them, serve up shoddy work, and grab everything they can get.

Thankfully, however, they will be in the minority, and the vast majority shouldn't be punished for their exploits.

Those intent on publishing new rules that attempt to cast every action a journalist makes as either decent or dishonest are either kidding themselves or intentionally kidding their audiences: relationships within this industry are far too complex to try and paint each one as black or white.

Forget the free flights or food: everybody knows big sites constantly horse trade with publishers for early access to games and exclusive reviews. Isn't this, potentially, just as corrupt? And are the editors now calling out for a 'new morality' in games journalism really going to cut all ties with the publishers and PR eager to scratch their backs?

It won't be hard to find out. Keep an eye on the sites in question in the months ahead, and you'll quickly see whether anything changes or not.

I think the other worry is how willing some websites have been to fold, almost admitting a sense of guilt by vowing to stick by new rulesets.

We need to trust our readers more - they're much smarter than we think, and they can spot a fraud long before we do.

It has surely got to be healthy for an industry to take a long hard look at itself and its practices every now and again, but there's the suggestion that this current bout has quickly turned into a spell of navel gazing and self-righteousness.

Speaking personally, I'm going to carry on building relationships with the people I think ultimately can be most beneficial to this site and, in turn, you the reader.

If that means eating a bit of free potato salad and a chicken sandwich or two while I'm out, or sharing a pint with a developer or someone working in PR, then so be it. If it ever gets to the stage where the relationships that deliver the content you want to read end up leading me astray, then I trust you to let me know one way or another.

Ultimately, arbitrary rules won't save games journalism  this is about people taking up a career in this industry for the right reasons, and doing their job as well as they can when they get there.

Hopefully, the only people within the industry right now that are in danger are those that don't.