Hip to be square: Is icon design crucial to a game's success?

The power of packaging 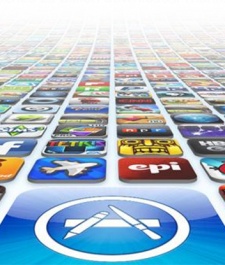 November 20th, 2012 - 10:00am
By Simon Parkin, Contributing Writer
In the midst of all the invention, progress and convenience heralded by the downloadable video game revolution, spare a thought for the unassuming box artist.

Their task has always been a challenging one: to design packaging that acts both as an advertisement - a cover by which a potential buyer can judge the game therein while browsing - and a means of bringing the game's characters or world to vivid life where the more limited in-game assets struggle.Today's iOS game artists are charged with a similar task but where their forebears worked with DVD-sized sleeves, glossy cardboard boxes or the indulgent acreage of the special edition, they must perform the same feats in a paltry 72x72 pixel square.Not only that but with over 700,000 other game icons vying for consumers' attention on the App Store, the artists work must make the game stand out from the crowd while simultaneously articulating something about the experience that players might expect therein.Pixel powerMuch has been made of a striking icon's importance to a game's success.

So much so, in fact, that a cottage industry of icon-specific expert designers has sprung up, artists offering solutions to the upstart game developer, promising their designs will secure the sales needed to bump the game up the charts and onto a hallowed spot on the App Store home screen.Are these self-classified experts snake oil salesmen or design savants?Either way, rarely has so much energy and attention been afforded to such a small clutch of pixels. Has the importance of the icon been overstated  perhaps a welcome scapegoat for developers who fail in the App Store lottery, a chance to blame the icon for failure rather than the game within?

"Never underestimate the attention to detail and polish that is required for a striking icon," says Chris Byatte, co-general manager of Chillingo, publisher of some of downloadable gaming's biggest-hitting titles such as Angry Birds and Cut the Rope.

"The level of competition on the App Store means it's imperative that icons visually appeal to consumers. Icons are often the first time consumers engage with an App, therefore, if the icon isn't striking enough to capture the interest of players, then the game could easily be overlooked. 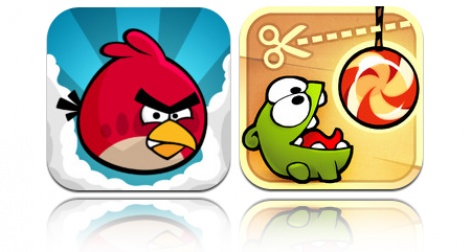 How important were Angry Birds and Cut the Rope's icons?

"Developers should not consider it as arbitrary artwork but rather a key component of the whole package. A great icon can not be rushed."

Strike it richOli Christie, CEO of Neon Play, creator of Flick Football agrees: "A striking icon is hugely important. When you walk through the aisles at your local supermarket, certain items catch your eye, normally because of their packaging - their unique branding. An icon is just like packaging for your app."

For Andrew Smith, founder of Spilt Milk Studios and co-creator of Hard Lines, app icon design requires as much thought and effort as box art in other media.

"It's the user's first exposure to a particular game or app," he says. "I believe the same attention that was spent on game boxes and album covers should be spent on the icon."

Stewart Graham, art director at Tag Games, development partner with industry heavyweights such as Ubisoft, Square-Enix, EA and the BBC, believes the key components to great icon design can be quantified.

"Clean, crisp, bold design; little to no text, simple graphic or element that sums up the game [are key]," he says. "Too much text is always a bad thing to do. Lots of people try to include the game name in the icon, but it's not necessary as the name is always below the icon. The best icons have no text at all." 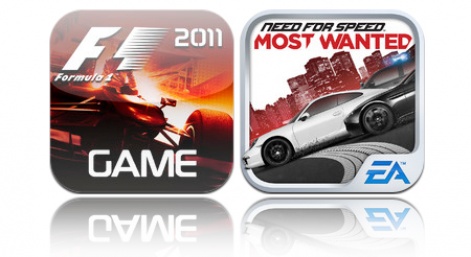 Oli Christie is no fan of F1 2011 or Need for Speed's iconsNeon Play's Christie agrees: "There many fundamental mistakes that shouldn't be made when creating a great icon. It shouldn't be cluttered, unclear or make you try to work out what it is. It should smack you in the eye, intrigue you or excite you.

"You don't really need, especially with game icons, to include the title of the app in the icon. F1 2011 or Need for Speed: Most Wanted is a prime example of poor icon design; it is too dark, unclear and filled with a title which does not need to be there."

Shine on, shine offGraham applauds those designers who work creatively with the limitations imposed by Apple."Some people use a border to great effect (Lego Life of George), sometimes making the main subject art overlapping onto the border (DragonVale, Temple Run).

"This sometimes gives the illusion of a larger icon. Some people choose to use the shine overlay to add some gloss, but others make their icons stand out by leaving the shine off."There are icons, that on the face of it look a bit slap dash and unprofessional (My Horse) but on closer inspection, they manage to stand out in the crowd by remaining simple and to the point. The Holy Grail is to find an icon design that looks cool but is also totally original in its idea.

"An original idea in your icon will help more than a slick piece of art. Temple Run did this and still stands out as probably my favourite icon design." 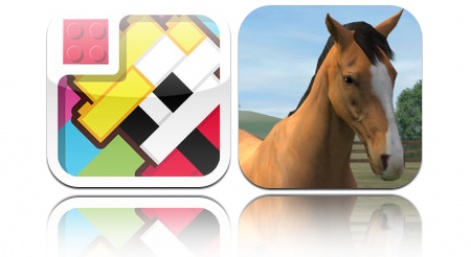 Stewart Graham's favourites, Lego Life of George and My Horse

Despite his belief in the significance of the icon, Christie is unsure of the need to hire a 'specialist' designer.

"A great 2D artist, especially if he/she has worked on the project should be able to create icons which represent the app. If you're stuck for ideas or can't decide which is best, social media is a great tool.

"For Traffic Panic London, and future title Jewel Jumper, we used a simple a) b) c) voting for our users to decide which icon they liked best."

"A good icon is important, certainly, but it's not a make or break deal breaker if it's not up to scratch. A good enough game, with good enough promotion will rack up enough rating scores to make it stand out on its own, regardless of the icon."Smith agrees: "I think [the icon] is just one of many factors that contribute to success, or rather to a game standing out. It's not to be glossed over, but it isn't the only thing, nor the most powerful.

"Although, I'm not sure there is a most powerful thing, other than making a great game."
You can read the interview with Neon Play CEO Oli Christie in full here.

Reply
dimoso
Anyone making an icon should visit pixelresort.com - not only is he massively talented but there is also a hugely useful icon template for app developers at http://www.pixelresort.com/blog/app-icon-template/ - also take a look at his blog.

There is also a great article here from last year http://www.maclife.com/article/features/what_do_top_100_paid_app_icons_have_common