Some look good, many seem likely to be stinkers 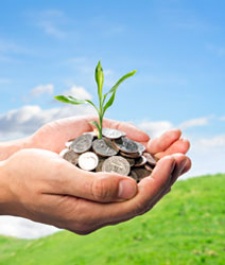 December 24th, 2012 - 02:01pm
By Jon Jordan, Contributing Editor
With DeNA buying ngmoco in 2010 or Zynga's 2011 IPO, you might be forgiven for thinking that 2012 was lacking in terms of mobile gaming mergers and acquisitions.

It wasn't, of course, although some of the biggest deals happened in Asia or have yet to been realised in terms of their full potential (or good or bad)

It may seem like cheating to kick off our list with a group of half a dozen companies who raised substantial sums from various venture capitalists in 2012. However, the point is most readers won't be aware of exactly what these companies do; nor - in that context - does it matter.

Instead, all you need to know is US west coast investors are continuing to pump tens of millions of dollars into mobile advertising, mobile monetisation, mobile rewards, mobile analytics and mobile platform companies, all of who operate in b2b fashion.

These are investments in the future success of the entire mobile app and game ecosystem and important for that reason.

[A- on the PocketGamer.biz's M&A score card]

One of the year's surprises saw free-to-play mobile publisher Glu picking up GameSpy in an all-share acquisition worth $2.8 million. For that it got GameSpy, its technology and $1 million in cash.

Given GameSpy's heritage in the online PC/console gaming space, the price seemed low, but owner IGN appeared keen to offload the company quickly. It originally paid $54.6 million for GameSpy in 2004.

As for the impact it will have on Glu's as-yet loss-making business in 2013, "We think GameSpy has the best database and server infrastructure in the business," commented Glu's CEO Niccolo de Masi.

He expects this will give Glu a competitive advantage in terms of the competitive PVP mobile games that are currently sitting atop the top grossing charts.

[B+ on the PocketGamer.biz's score card]

What put the news into a different context, however, was the announcement six weeks later that its massively successful hit CSR Racing had generated $12 million on iOS within a month period. Maybe it didn't need the funding after all?

NaturalMotion then took the step of tying up loose ends, securing its future by purchasing Boss Alien, the UK developer behind CSR Racing for an undisclosed - but no doubt substantial - sum. That $11 million came in useful after all then.

[A on the PocketGamer.biz's M&A score card]

It's not yet clear how Sony's decision to buy streaming game service Gaikai will feed through to smartphones and tablets. Given the mess it's made of the launches of PS Vita and PlayStation Mobile this year, one wonders if Sony itself knows.

But, we'll assume some sort of streaming games service will be integrated into the next PlayStation console.

And given the growing integration between PS Vita, Sony Mobile's smartphones, and current generation console PlayStation 3 - PlayStation Plus is one of the few successes for the company in 2012 - we can't believe this streaming service won't also feature on mobile devices.

Still, given OnLive's problems in this area - and that despite HTC being an investor - only a foolish man would predict such an expensive deal will be labelled as value for money in 12 months time.

[B- on the PocketGamer.biz's M&A score card]

Another deal that's difficult to quantify is Disney dropping $4 billion for Lucasfilm (including all IP, Industrial Light and Magic, and LucasArts).

It seems cheap, but Disney has exercised poor judgement in previous big money deals, spending at least $563 million on social publisher Playdom just before the Facebook gaming market hit a downturn. The rumoured $30 million spent on mobile developer Tapulous was more successful, however, providing the platform for Disney Mobile's current success with titles such as Where My Water? and Temple Run: Brave, amongst others.

Still, with new Star Wars film due in 2015, it would seem there's no urgent requirement for Disney to plunder LucasArts' back catalog quickly in order to generate additional revenue. Well managed, in the longterm, this deal could be seen a bargain.

[B on the PocketGamer.biz's M&A score card]

Similar to NaturalMotion's acquisition of Boss Alien, cash-rich DeNA decided it had to make a strategic move to ensure Japanese developer Cygames was lashed to its mast.

The reason was that (against all reason), Cygames' card-battling title Rage of Bahamut was a big hit in the US, generating tens of millions of dollars and giving DeNA's Mobage gaming platform some much needed success.

However, given Cygames is itself owned by large outfit CyberAgent, DeNA couldn't (or didn't want to) buy it outright. Considering the price tag of $92 million for a 20 percent stake, perhaps Cygames' was just too expensive, or perhaps the reassurance of owning 500 shares - no doubt including the right to purchase more - was sufficient for the time being.

[B+ on the PocketGamer.biz's M&A score card]

Whatever DeNA can do, Japanese rival GREE can do too. In one of two large deals in 2012, it spent $170 million in cash to buy developer Pokelabo.

Not well known outside of its native Japan, it's been making social mobile games since 2008, finding success with titles such as Sengoku Fantasia and Monster Paradise on iOS and Android.

It really not clear that Pokelabo has generated significant revenues or profits, however, making this appear a very speculative deal.

GREE's big deal in 2012, however, was the purchase of US developer Funzio. Like the Pokelabo deal, this demonstrated GREE was prepared to spend big to grow very quickly.

In hindsight, it's unlikely either deal will be viewed as providing great longterm value, but the reason GREE was prepared to pay is over the odds is it's very impatient to gain significant scale in the free-to-play market.

And Funzio was important as a key company in the fast growing mid/hardcore mobile gaming market, albeit one without the reach of a Storm8 or the properties of a Kabam.

Still, with three games released and millions of active players - not to mention 130 developers who have been integrated into GREE's San Francisco studio - it's a deal that you could argue will work out in the long run.

And the news that Funzio had generated $12 million in sales during its third quarter, including $5 million in a month, suggests the valuation wasn't as crazy as was originally though. Still, in such as fast-moving market, $12 million doesn't necessarily add up to $60 million annually, let alone $20+ million in profit.

[B on the PocketGamer.biz's M&A score card]

2. Zynga buys Draw Something developer OMGPOP for up to $180 million

Back in March, Draw Something was the hottest social game on the planet. Everyone was talking about it, and playing it. It racked up 30 million iOS downloads in five weeks.

Zynga - which was seeing its share price steadily falling away - needed a hit. It had a lot of cash. The deal pretty much did itself.

But despite what some commentators said at the time, hindsight has not been kind. With Zynga all but collapsing during 2012 in terms of its share price and internal cohesion, the OMGPOP had become a stick with which to beat up CEO Mark Pincus and his executives.

Indeed, even Zynga's accountants have since marked down the deal, claiming an impairment charge of between $85 million and $95 million in terms of the loss of goodwill.

Like Zynga, Nexon entered 2012 having floated on a stock exchange (in Japan), generating a large amount of cash (around $1.2 billion) that could be used for acquisitions.

Its first deal was rather small: buying a 20 percent share of developer Moyasoft.

Its second deal was by far the biggest of the year; indeed, it's the biggest pure mobile gaming acquisition we can think of since EA's $680 million acquisition of Jamdat in 2005.

As for gloops, it's relatively unknown outside of Japan, where it's been making mobile games since 2010, particular on DeNA's Mobage platform. It has a strategic partnership in place with DeNA.

Whether the deal will work out to be a sensible one, that's currently very difficult to tell. As with GREE and Zynga, Nexon clearly wanted to gain scale very quickly and had the cash on-hand to make a very big move immediately.

If any of gloops' ten forthcoming mobile games for the US and Europe are hits, the Nexon board will consider themselves business gurus. But given the sheer size of the deal, and gloops' almost total lack of success outside of Japan, those executives might do better to check the small print of their employment contracts.