2012 in review: The best and worst performing mobile game shares

From GREE up to Com2uS and G5 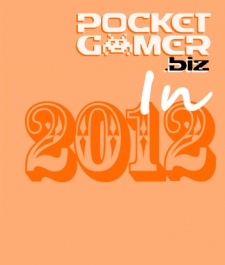 January 7th, 2013 - 07:29pm
By Jon Jordan, Contributing Editor
There are many ways to stir the chicken guts and try to predict the coming year.

But maybe you're a vegetarian so lets avoid the messy stuff and instead take another look back over 2012, considering how the money markets ranked the opportunities for profit provided by the mobile gaming companies who have floated on various world stock exchanges.

From Japan to Korea, the US and Europe, we've highlighted outfits who are totally or predominately focused on mobile games, hence ignoring the likes of EA, Zynga, Konami, Capcom etc, who while being big players in the mobile games sector gain the majority of their money from other parts of the gaming and entertainment market.
All numbers are correct at time of writing, and I have no financial positions in any of the companies mentioned.

2012 was a very busy year for Japanese social gaming outfit GREE. It bought development studios - including Funzio for $210 million and Pokelabo for $170 million - also setting up numerous offices around the world as it built on its plans for global expansion.

However, its share price experienced a much more turbulent year. It was down 47 percent over the 12 months, although ended up from the early June low of ¥1050. 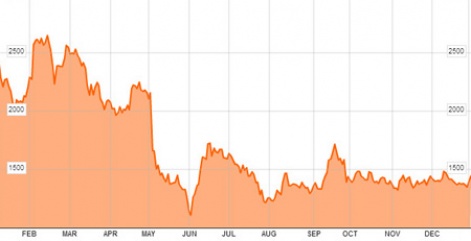 This was caused by various issues in the domestic market that saw companies place limits on how much under 18-year olds could spend on in-app purchases, as well as the voluntarily banning the gambling 'gacha' mechanic: something later reinforced by Japanese government regulation.

These issues hit GREE hard during May and June, knocking 51 percent of the company's value at one stage, as well as impacting monthly sales.

Hence investors will be looking to see some results from its global expansion during 2013, especially given the hundreds of millions of dollars that GREE is investing outside of its core Japanese market.

2012 looked like it would be a good year for Glu Mobile. A relatively strong 2011 performance on the back of its improving free-to-business provided a solid springboard that saw quarterly sales rise and losses fall.

This positivity was reflected in the share price until October, when a six week period saw it fall from over $4.50 to a low of $1.99 in mid November. It's since rebounded to around $2.50. 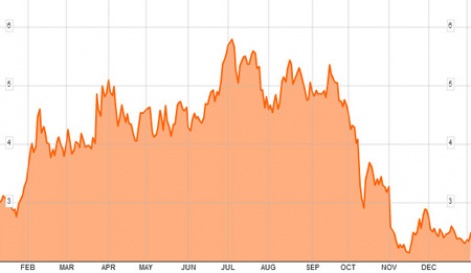 This drop coincided with Q3 sales that were down 10 percent year-on-year and concern that released titles were performing more weakly than the company had expected. In part, these issues were due to Apple's ongoing restrictions on thirdparty monetisation channels such as Tapjoy, something Glu said would leave a $1.75 million hole in its Q4 sales predictions.

The company has since cut staff, closed its Brazil studio, and instigated a review of in-development title to ensure it can find profitability in 2013; something that is key to its share's performance during the year.

As has been said about many politicians, 2012 saw Gameloft rise without a trace.

That's not to completely damn the French publisher with faint praise, but aside from its continuing transition from paid Java games to free-to-play smartphone and tablets games (2 years after everyone else), there weren't many obvious highlights. 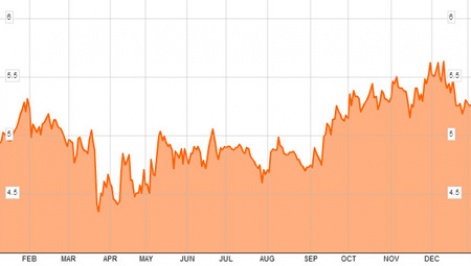 Of course, for investors, they like what they get with Gameloft. It experiences steady growth; at least double-digit every quarter and 37 percent last quarter.

Indeed, it now has over $55 million in cash and predicts FY12 sales will be over $265 million.

In that context, the 8 percent rise in its share price during 2012 was more due to limitations by its French bourse listing, although its share are now available to US investors via the launch of its ADR shares on the Over-The-Counter market.

What's not clear, however, is whether Gameloft is nimble enough to get into the fast-growing markets that have been tapped so successfully by the likes of Supercell, Kabam and NaturalMotion? If not, it might have to think seriously about acquiring expertise, something that would go against its operating strategy to-date.

As with its arch rival GREE, 2012 was plenty busy for DeNA.

It's rapidly expanding the footprint for its Mobage social gaming network around the world. That's an expensive business and like GREE the company spent cash making strategic acquisitions; notably $92 million to acquire a minority share in developer Cygames. 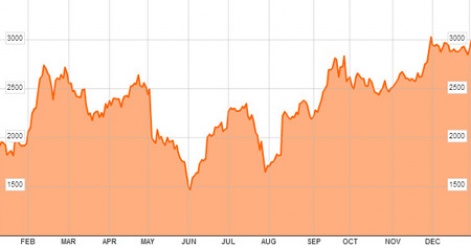 And it was hit by the 'gacha' issue as well. DeNA shares hit their 2012 low of ¥1,392 during early June, but since then the stock has been on a strongly upwards trend.

Part of the reason is it has proven successful games ( Rage of Bahamut/Blood Brothers) in the US: something that gives investors confidence that DeNA's expensive expansion plan is working.

It's simple to spot the region where mobile gaming companies really shone in 2012: both of South Korea's publicly-owned publishers saw very strong growth during the year.

Indeed, it's remarkable that despite seeing its share price rise 54 percent, Gamevil was well beaten into a second place on our list. 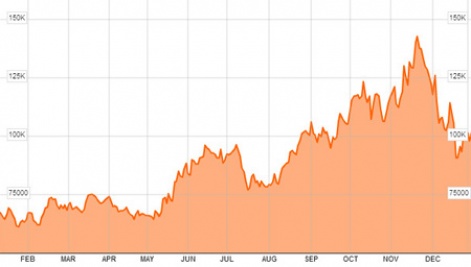 During 2012, the company announced it had reached 100 million iOS and Android downloads in March, only to double that number by December. Sales also grew at a very fast rate. Q3 was a record quarter, with revenue up 66 percent to around $15 million. Net profits were up 21 percent to around $4.4 million.

In part this was due to Gamevil opening up its thirdparty publishing operations, releasing over 40 titles during 2012, as well as the strength of the Korean Android gaming market - not surprising given the dominance of Samsung.

The result was investors drove the share price higher and higher, although the current KRW 103,000 level is 40 percent down on the 52-week high. Still, its $530 million market cap is comparable to that of Gameloft, despite Gamevil only having 25 percent of the French company's annual sales.

As with Gamevil, so with its Korean rival Com2uS, only more so...

Both companies were buoyed during 2012 by the rise of free-to-play games on iOS and especially Android. Both also rapidly increased the number of games they released, in part encouraged by a government initiative to expand the mobile development scene in Korea. 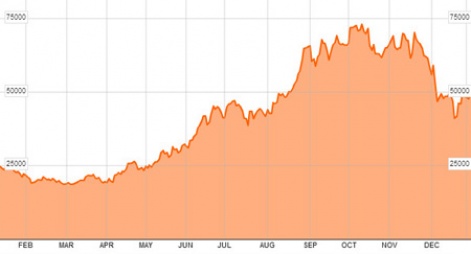 As for logical reason for Com2uS' comparative over performance, there aren't any obvious smoking guns.

It's certainly true that Gamevil was quicker to embrace the free-to-play business model during 2011 and also quicker to take advantage of global markets. 2012 saw Com2uS - the larger company by headcount - catch up.

Its social games such as Tiny Farm and Derby Days performed more strongly in Korea than Gamevil's offerings too, especially on carrier SK Telecom's Tstore.

It will be interesting to see whether the exuberance of Korean investors continues into 2013. After all, during October, Com2uS' shares were up 150 percent on their 2012 starting point before falling back to end with a mere doubling.

By far the smallest company in our list, Sweden-floated Russian publisher G5 Entertainment is building itself a strong presence on iOS and especially Android.

Previously a PC casual publisher, it was quick to take advantage of the opportunities of mobile gaming, both in terms of its internally developed titles and links it had previously made with many East European developers. One example of this approach is reflected in its marketing tag which promises players a new free-to-play mobile game every week. 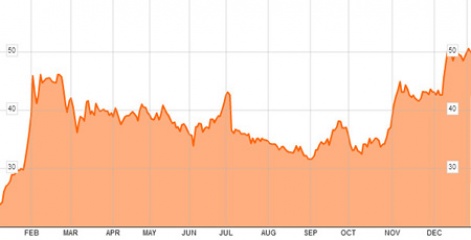 Of course, even with projected annual sales growth of 90 percent (2012's sales should be around $15 million), the company's relative scale - and indeed that of the Swedish stock market itself - means that G5's share price is likely to fluctuate more heavily than others on our list.

Still, given its strong executive team and the shares' performance since listing in 2008 - up 10-fold - G5 Entertainment looks like one to continue to watch during 2013.
And least we forget...