Riding with Rovio: The making of Icebreaker: A Viking Voyage 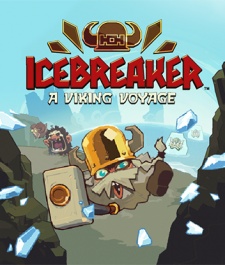 The developer's debut mobile title, the physics-based puzzler is also the first game to be published by Rovio Stars, a new label from the creators of Angry Birds.
Icebreaker's most impressive first, however, came upon release in June this year when the game shot to number one on the App Store in numerous countries around the globe.

In the latest of our 'making of' series, Nitrome's managing director Matthew Annal discusses that ascent, along with Icebreaker's Flash game origins, and the nature of the studio's partnership with Rovio.

Trapped
Icebreaker: A Viking Voyage started out life a just Icebreaker, a Flash game released on Nitrome's website in 2007, home to over 130 bite-size browser titles.

Though Icebreaker and its sequels performed well, with over 100 million plays online, the game wasn't earmarked for a mobile release due to its popularity. Indeed, it's not even Nitrome's most popular game.

Instead it was Icebreaker's core ice-slicing mechanic that Annal says made it seem like "a good fit."

The original Icebreaker on the left, the iOS release on the right

However, despite the popularity of the game and its suitability for mobile platforms, Nitrome waited five years before making the shift, due largely to the fact that the studio had become "trapped" by the dwindling possibilities of Flash.

"I think it was hard to escape our Flash roots," says Annal.

"It takes a relatively long time to make a Flash game and the return is very modest. In fact in recent years it has been a struggle to make a return at all.

"The lack of funding made it hard to give enough resources to make a much bigger game and as the Flash games have been paying the bills we could not afford to stop making them.

"It is hard to manage many projects at once and we were trapped by our relative success in Flash so to speak."

The decision to bring Icebreaker to mobiles was finally made in early 2012, as Nitrome resolved to make it a focused and relatively quick project, yet the scope quickly grew.

"We wanted to make something bigger than we have been able to make with our Flash games, which were constrained by a ceiling of what we might expect to get as a return in advertising," says Annal, referencing the Nitrome website's business model.

"This allowed us to focus on areas we never usually have time for." 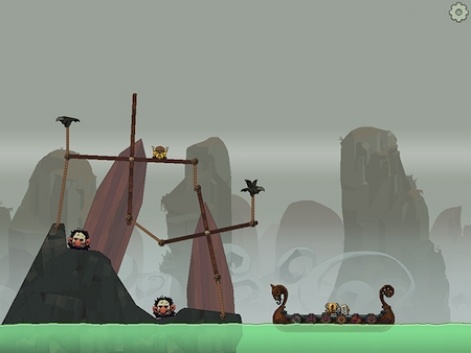 As a result, the story, characterisation and presentational aspects of the game flourished.

"Because of the level count we were able to explore a really interesting map select screen and pack it with side routes, secrets and boss fights," says Annal.

"This was an area that we had been keen to explore for a long time. We got time to flesh out proper dialogue, develop likeable characters and have a proper story.

"It also gave us much more time for polish so we got to put in almost everything we wanted from boss fights to translation."

Ice and a slice

At the heart of the experience however, is Icebreaker's ice-slicing gameplay, built around Nitrome's puzzle design philosophy.

"I think the best puzzles are the ones that try not to frustrate too much and that feel rewarding when you finally solve them," says Annal.

"I also think it's important to make the puzzles feel varied and not that you are just performing several variations of the same puzzle just to make up level count. 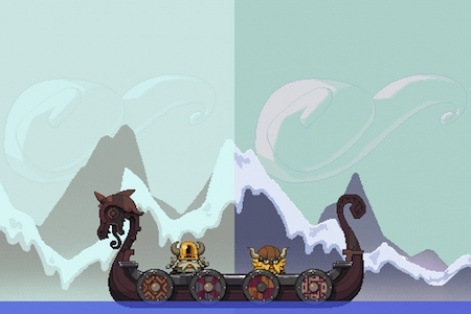 "It would have been easy for us to add five more levels to Icebreaker and say we had 100 levels, but we felt it was better that every level was worth being in the game. We threw away a lot of levels for this very reason," he says.

"In general we feel that it is important wherever possible to let the user self learn by giving them a very simple puzzle, preferably with a fun result that demonstrates a mechanic and how it works, before going on to use it in more complex puzzles later on.

"The logic is that if they have solved the first puzzle they feel comfortable with it and more able to deal with the more difficult follow up."

Written in the stars

It was around a year into the project that the studio established its relationship Rovio, ultimately leading to Icebreaker becoming the first game published by the Rovio Stars label.

The original plan had been for Nitrome to self-publish and indeed the studio had rejected offers from elsewhere, but Rovio's offer stood out from the rest. 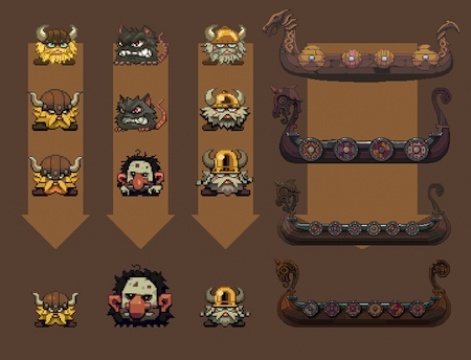 Evolution of the Icebreaker's design

Relatively hands-off in terms of creative input, Annal believes that the Finnish firm's assistance with testing, marketing and monetisation made a huge impact on the game.

"Rovio has a track record on the App store that is hard to beat," he says, "with every title entering high in the charts versus other publishers who publish a lot and see what sticks."

"What I also like about Rovio is its recognition of a games as a brand. I believe it's this that helps the firm push a hit game to a level beyond anyone else on the App Store.

"If we had self published we might have done OK, but it could also have been a disaster. We knew going with Rovio would only make sales stronger than they would be alone."

In total, Icebreaker took around 18 months to make in Cocos2dx, which the studio felt offered an advantage over Unity, in terms of physics and porting to other platforms.

The game was by far the biggest project Nitrome had ever attempted, despite the initial plans to keep the project "quick". This increased scope, however, caused problems.

"We're only used to working in teams of two and on the Flash games we've worked on mostly take less than three months each to develop," explains Annal.

"Working on this much larger game, with more people and for longer, required a lot more organisation and I would say that has been a bit of a learning curve for us to overcome." 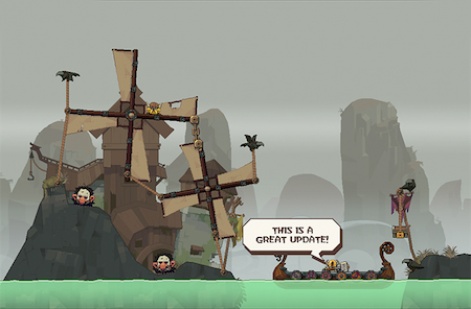 The struggles were worth it, however. Launching in June this year, Icebreaker: A Viking Voyage shot to the number one spot on the App Store around the globe. Weeks later, the game remains in the top 10.

Buoyed by its newfound success, the studio is now hard at work developing new content for the title.

"Were already hard at work on the first of what we hope will be several level packs," says Annal. "We hope we can continue to surprise people with new things in each of them and keep up the level of variety that we have in the available packs.

"A lot of people have also been asking for Game Center support too so we're looking at what we might do there too. We're thrilled with the game's performance so far."

More than anything though, Annal has been taken aback by the critical reception of the Icebreaker: A Viking Voyage, which currently has a Quality Index rating of 8.9.

"We did better in the charts than we possibly could have hoped for at launch," he says, "but we've probably been even more surprised by the glowing reviews we've got from sites like PocketGamer.co.uk.

"Being compared favourably to some of the biggest physics puzzle games out there is an amazing thing to read and quite humbling."

If Nitrome can maintain the levels of invention and polish displayed in Icebreaker: A Viking Voyage, those accolades will certainly become more commonplace.