10 developers that are reshaping the global mobile industry

Studios from the regions that matter 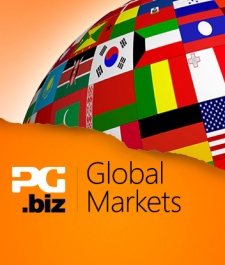 January saw PocketGamer.biz publish the annual Global Markets report, which casts a spotlight over 10 vast regions where the mobile sector is thriving.

From Latin America to Africa, we've mined data and expert opinion on regions established and emerging.

Here we profile a studio from each, choosing the development outfits leading the pack, helping shape the future, or that typify their region.

Some are famed rising giants; others grassroots start-ups. But they all have one thing in common; they are each distinctly a product of their own region.

Why it matters: Founded by three friends each hailing from a different giant of the Korean mobile industry, developer SundayToz unleashed what would become a phenomenon when it released puzzler Anipang in 2012.

The game was the first to demonstrate the power of KaKaoTalk when it maintained a peak of 10 million daily active players. Today, SundayToz has an impressive merchandise operation akin to that of Rovio's, and like many domestic outfits heading into 2014, it is keen to see its games succeed elsewhere, with a particular focus on the rest of Asia.

Why it matters: 2013 was a key year for Chukong Technologies, not least thanks to a $50 million investment as a result of a series D funding round spearheaded by New Horizon Capital.

The developer, publisher and middleware provider typifies the kind of ambitious, multi-tasking outfit that has helped China's mobile games market grow at an extraordinary rate, and counts amongst its services and ad sharing network and its own studio named Punchbox. As of the close of 2013, Chukong's monthly revenues topped $12 million.

Why it matters: Established over 10 years ago by four gaming friends, Indonesian outfit Altermyth is one of Southeast Asia's longest standing studios. The team made an initial impact with Inspirit-Arena; Indonesia's first domestically developed online game.

By 2006, the outfit offered publishing, development and hosting, and over time has become enough of a mobile specialist to secure a deal with Square Enix to handle its mobile content in the country.

Why it matters: One of many vast operations founded in Eastern Europe and Russia, Game Insight brings together the work of 17 studios and some 800 game developers, releasing across mobile and social platforms as each grows in Russia.

Ultimately, Game Insight's outlook is a global one  as is the case with most outfits in the region  but increasingly, it is noticing an opportunity closer to home, where it perceives games made for players brought up on cut throat strategy games will prove financially rewarding.

Why it matters: With Latin American mobile gamers besotted by content from the US and Europe, local studios have to fight hard to make a mark. One such team is Brazilian outfit UPlay Mobile, which works on games, apps, video content and much else besides.

Having done enough to secure partnerships with entertainment giants like DreamWorks, it is one of many local studios poised for growth along with the market it calls home.

Why it matters: Having already released its much talked about debut game Supernauts in a number of test countries, including its homeland of Finland, as well as Canada, Grand Cru is a company harnessing the power of social as an alternative or compliment to spiraling user acquisition costs.

July 2013 saw the studio  established by veterans from the likes of Habbo Hotel creator Sulake  conclude an $11 million Series A funding round, and it is pitching Supernauts as a 'truly social' world building title.

Why it matters: Africa is a vast continent, and its emerging mobile industry is spread thinly, with its largest hub in South Africa. There you will find Thoopid; a youthful indie studio with bold ambitions. Thoopid stands as a fine example of the many entrepreneurial teams focusing on mobile across Africa, from Nigeria to Ghana via Kenya.

Thoopid's Snailboy has just gone to Samsung Apps with the support of 100% Indie.

Why it matters: Attracting the attention of 11.8 million daily active users, Peak Games is a truly pan-Middle Eastern company, with 200 staff spread across offices in Turkey, Jordan and the Kingdom of Saudi Arabia.

A developer-publisher with expertise in both mobile and social games, it has a particular knack for making regionally targeted card and tile games, and confidently claims to be the third fastest social gaming company globally, apparently ahead of EA and Wooga.

Why it matters: While LINE and Puzzle & Dragons are known globally as Japan's biggest mobile success stories, there is also a developer and operator of location-based gaming platforms on the island nation growing with furious speed, despite being less well known in the West.

Since COLOPL's move to smartphone development in 2011, as it recognised an emerging trend set to dominate Japan's mobile industry, the outfit has developed and launched some 60 apps, and going into 2014 it shows no sign of losing momentum.

Why it matters: Rolocule has found an unusual niche; namely racket sport-based mobile titles. But that isn't what makes Rolecule special, or a typical Indian studio.

Rather, its ability to release games globally sets it as a shining example of what many local studios hope to achieve. Notably, the team has also developed its own Rolomotion technology, which lets developers make use of the iPhone as a motion controller for Apple TV games, as seen in Rolocule's own Motion Tennis.

The full report, which includes in-depth data, insight, analysis, profiles and top-grossing charts for all of the above regions is available here.