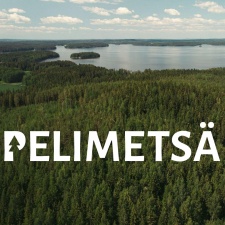 A group of Finnish game developers and companies have put together the largest single donation in the history of the Finnish Natural Heritage Foundation, close to €500 000.

This was announced this evening, during the 25th annual Finnish Game Awards.

Finland is often called the spiritual home of the mobile games industry, which explains why Pocket Gamer has been hosting an annual conference there since 2014. It’s a country of great natural beauty. While forests in Finland cover over 75% of the country (among the highest rates in the EU), only 0.1% of the forests in the southern half of the country are untouched. That’s why the primary goal of the Finnish Natural Heritage Foundation is to purchase and protect forests from southern and central Finland.

Huge donation to the environment

A group of Finnish game developers has put together a record-breaking donation of close to €500,000 to give to the Finnish Natural Heritage Foundation to help preserve two such areas. The goal of the project is to protect the vanishing biodiversity in Finnish nature and leave a legacy for future generations.

The donation of close to €500,000 by Pelimetsä is the largest single donation for the Finnish Natural Heritage Foundation.

The two protected forest areas – over 330 acres of forest – that this games industry project will help are known as Pelimetsä, which translates to “the Forest of Games”. The group behind Pelimetsä challenges European game industries and local games communities to follow their example for the protection of the environment.

The project was inspired by Finnish film director, Aki Kaurismäki, who last year announced that he will personally protect 14 acres of forest in Southern Finland. This piece of news became a hot topic among the Finnish gaming community and sparked a conversation about finding ways to protect forest areas.

“We wanted to create something positively impactful and permanent. In the best-case scenario, Pelimetsä will encourage more people to start similar initiatives – getting started was actually harder than getting it done”, says Jani Kahrama, one of the team members behind Pelimetsä (picture below, on the right, speaking with Saana Torniainen).

“All the donations we receive are used to protect forest areas and preserve nature. As our foundation operates solely on donations, Pelimetsä quickly became a significant and tremendously surprising initiative for us”, explains Anneli Jussila, Managing Director of the Finnish Natural Heritage Foundation.

Even though the two forest areas are now under legal protection, Pelimetsä is not over. The project will continue as an official part of the Finnish Game Developer Association.

“The Finnish game industry is a warm-hearted community that is eager to contribute to society. Pelimetsä is an excellent example of both. In the near future, we hope to encourage other industries – especially our friends in the European game community – to join and follow the example of Pelimetsä”, adds KooPee Hiltunen, representative of the Finnish Game Developers Association.

There’s more information to be found at the official Pelimetsä website.

As well as trees, the winners in The Finnish Game Awards 2020 were...

To find out more about this vibrant games industry, please register for Pocket Gamer Connects Helsinki Digital, our own five-day conference taking place entirely online this year (so no need to book any environment-busting plane tickets).

Nearly 300 expert speakers from around the world sharing their knowledge over Zoom, 1,500 potential new contacts in the MeetToMatch platform, side events like Investor Connector and The Big Indie Pitch... it's going to be the must-attend conference of September. And if you're a Finnish developer, you can benefit from a special offer running just this week, following the Finnish Game Awards and the Pelimetsä announcement.

We want to encourage all great Finnish developers to attend and take part in our conference. So, exclusively for Finnish studios: if you buy three tickets together, you get the third one free.

It’s a special ticket type that runs online this week. Use this code (FinnishAwards342) to unlock the tickets, and benefit from basically a third off the mid-term price. Proof of Finnishness may be required.