No major changes for games network 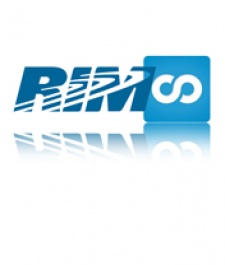 June 13th, 2011 - 12:32pm
By Keith Andrew
Commentators were quick to brand RIM's move for games network Scoreloop as an important development for BlackBerry.

Many pitched the acquisition as an attempt by RIM to steal a march on iOS and Android in the social gaming field, but the implications for the German firm's business were less clear.

In a bid to get a grip on Scoreloop's future as a multi-platform games network  if, indeed, it even had one  we got in touch with RIM for their take on the reasons behind the acquisition, and the next steps for both companies.

PocketGamer: What brought about RIM's move for Scoreloop?

RIM: We have recently enabled our developers to create social app experiences through our BBM Social Platform and have seen some very innovative applications result from that.

We look forward to working with the team at Scoreloop to provide tools that will further enable our developer community to take gaming to a new level of social integration on the BlackBerry platform.

What advantages can Scoreloop offer RIM?

The Scoreloop team brings their expertise in mobile, social gaming to the BlackBerry platform.

Will Scoreloop be integrated into BlackBerry OS?

RIM is not announcing any specific product plans relating to Scoreloop at this time, but we will keep you posted.

What impact will the purchase have on Scoreloops operations on rival mobile platforms?

Scoreloop will continue their cross-platform approach. Scoreloop are the developers of a mobile gaming SDK used by developers on the Android and iOS platforms.

Scoreloop also offers an SDK for Windows Phone and Bada, and for AirPlay and Unity 3D game development environments.
Thanks to RIM for its time.