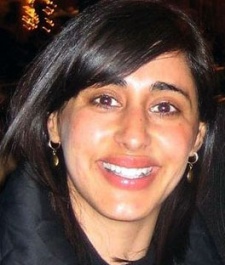 February 2nd, 2012 - 09:37am
By Jon Jordan, Contributing Editor
With app discovery continuing to be a key problem for the industry - as well as a useful hook for monetisation, advertising, user acquisition and sociability - there are plenty of companies experimenting in the sector.

One such as is San Francisco outfit Hooked Media, which started out with its YooMee social recommendation tool for Facebook, iOS and Flash games in 2010.

Now focused specifically on Android games, it released its Hooked app six months ago, which applies the company's previous expertise to the Android Market.

Not that mobile and social audiences are the same, explains CEO Prita Uppal.

"We launched our Android app with lots of social features but after analysing how people were using them, we stripped them out. It made the experience too complex," she reveals.

"People aren't necessarily interested in the same games as their friends anyhow," she adds. "Sometimes but not always."

Hooked is working to ensure the recommendation algorithms that drive the 12 games it offers to users are the best they can be, before reintroducing relevant social features at a later date.

In this way, while agreeing that social elements have a place, Hooked is currently more of an individualistic play.

Chosen just for you

In terms of how the app works, it checks what Android games you have installed, asking you to rank them either with a thumbs up or down.

On that basis, it will generate a list of 12 games - a mixture of free and paid - for you to check out. You can simply tap on the x to reject and replace a recommendation, or tap on the game icon to get more details and a link to the Android Market. 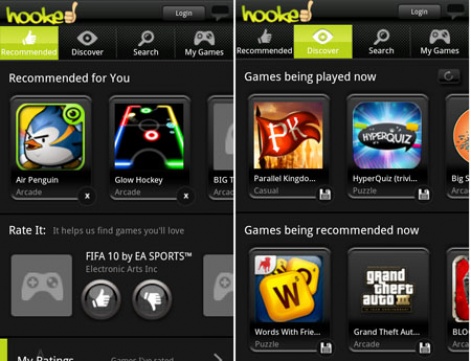 There's also a dedicated search page in the app, while the My Games tab lists your installed games, as well as detailing your activity, such as play sessions and play time in your own dashboard; something that's useful in-and-of-itself.

You can see what people within the Hooked community are playing now; a social-lite feature that Upall says is proving sticky.

And, obviously, the more you use the app, the better the recommendations should become. Hooked Media is constantly tweaking the algorithmic weightings in the background too, as it builds up its own meta dataset across its entire audience.

With over 100,000 downloads listed on the Android Market, Upall says the company can already see the results.

Impressive volume and one that she wants developers to make the most of. Significantly, Hooked Media doesn't currently run any in-app advertising, because it wants to keep the recommendation process clean.

It does have an SDK developers can integrate, however, to ensure their games have ranking widgets directly embedded.

It's backing this up with its Get Discovered competition, which is running in conjunction with Best Buy, Trinity Ventures and VentureBeat, and will see one winner gain funding and marketing support.

As for the longterm business model for Hooked Media (which is currently venture funded to the tune of $4.5 million), she's tight lipped, saying it will announce this later in March. On the web, it uses video ads, while YooMee has a wager-based virtual currency system.

You can download Hooked here [link] or check out the company here.