Software is the key 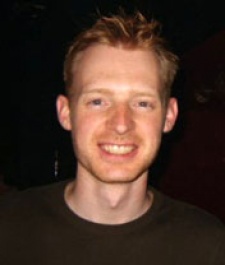 March 1st, 2012 - 09:06am
By Keith Andrew
Given Hogrocket made the leap to mobile platforms to break away from the expensive nature of console development, it's ironic the studio now finds itself working on hardware increasingly looking to rival the machines sat under out TVs.

The Liverpool-based studio was formed by three former Bizarre Creations employees - famous for the Project Gotham Racing series, amongst other series. As such, it has plenty of experience when it comes to serving up games that push visual boundaries.

According to co-founder Peter Collier, however, Hogrocket isn't looking for an iPad 3 with increased graphical grunt, and nor are many other indies.

"We're more interested in software features and developments than hardware upgrades to be honest," Collier told us.

"Unless you're a developer producing high-end titles such as Infinity Blade that really push the hardware, it doesn't make a great deal of difference to us."

Collier claims some aspects  like the potential 2,048 x 1,536 screen resolution - are an exception to this, but he claims Hogrocket is concerned how this will impact the current 20mb app limit when "our art assets are going to take up so much more disk space."

Whatever the reaction of developers, however, Collier thinks consumers will lap up whatever Apple delivers.

"I don't see any change from the current state of play," added Collier.

"The effect on the marketplace by releasing iPad 3 I can only see being positive as it brings in more consumers and expands the platform."

Collier doesn't think any of Apple's rivals will be able to impact its marketing leading position as things stand and, in fact, the Cupertino giant is still leading the way when it comes to innovation.

"I wouldn't be surprised to see more development and integration of of AirPlay and Apple TV as surely Apple will want to be making their moves on the living room," concluded Collier.

"What is going to be fascinating for me are what Microsoft and Sony's plans are going to be in response for their next generation platform."
Thanks to Peter for his time.