'Kiip monetises so well, 50% of our developers just use us,' says CEO Brian Wong 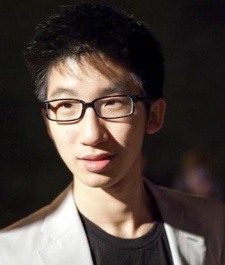 But much of you need to know about the upwards trajectory of the mobile service that offers in-game real-world rewards can be encapsulated in the $11 million of VC funding it's just raised.

Bringing its total funding to over $15 million, the money is evidence that Kiip is providing something different in the highly competitive and quick growing mobile advertising world.

According to CEO Brian Wong, it's also justification for the core psychological concept behind Kiip (pronounced 'Keep') - giving people rewards when they've achieved something positive in a game.

"It's all about quality," he explains.

"The banner impressions business is bad for consumers and bad for developers because it's low margin. We provide a trusted brand experience and that works for consumers, developers and our brand clients."

Indeed, he says developers are so happy with Kiip's monetisation, half of them don't use any other advertising services.

With the company coffers now full, this trusted status is something Wong is keen to expand on.

"We started as a b2b brand but now we're harnessing what we already have for consumers," he explains.

Part of this will arrive when the company releases its own wallet app later in July. Cutely labelled 'Kiipsake', it will allow people to hold the rewards gained from Kiip in a single location.

This is important as Wong points out that once people start using the service, conversion rates boom.

"Our initial conversion rate is between 11 to 18 percent, but it's 50 percent once someone has redeemed one of the rewards they've got from Kiip," he explains.

This is because the company has always heavily focused on quality brands - working with the likes of American Apparel, Best Buy, Disney, Dr Pepper, PepsiCo, Popchips and Sony Music - and offering good deals.

And it's this foundation that has seen the company grow its network to 100 million Kiip rewards, or 'moments' as Wong calls them, per month.

The service is running in 400 apps (mainly games) and there are 40 million monthly active users.

Previously, it's been fairly secretive about which titles are using it to ensure organic usage. Now, however, it has confidence that the network is technically and commercially robust enough to handle the big time.

Another aspect of this will be rolling out to new countries.

Currently, North America and the UK are its key territories, but it's testing in Mexico and Columbia.

"We're on a strong growth curve but we still need to be strategic," Wong says.

Developers interested in signing up for Kiip can find out more here.

4 reasons you're losing players and how to get them back