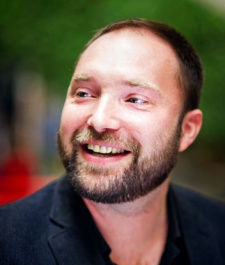 After all, it was announced during Apple's WWDC 2012 keynote, has been featured on almost every national App Store and been the #1 top grossing game globally since it launched in late June.

And, as I pointed out at the time, the monetisation mechanics are very sophisticated.

What is a surprise, however, is that NaturalMotion CEO Torsten Reil says the company has spent no money on marketing and user acquisition.

"Sure, we've had strong support from Apple but we were #1 in our test territories prior to the official launch," he argues. "It's all organic downloads. Word of mouth is the acid test for us."

In this way, the $12 million a month (minus Apple's 30 percent and dev costs) will be pure profit going forward; especially now NaturalMotion has also acquired the game's developer Boss Alien.

"It validates our approach of pushing visuals and focusing on quality," explains Reil.

"Our approach is very different to the 2D resource management games. We're not coming from a Facebook legacy. We finished this then polished it for four months."

And with the multiplayer mode head-to-head racing mode still be added - it will arrive when Apple releases iOS 6 - Reil clearly expects the game to be even more financially successful.

"PVP multiplayer the real opportunity for us," he says.

The result is NaturalMotion is generating large amount of cash.

Ironically, it was only a couple of months ago that it raised $11 million from VC outfit Benchmark Capital; something that now could seem premature.

"We don't regret the VC round," Reil says.

"It wasn't about the money. It was about getting Mitch Lasky [Benchmark general partner] on our board, and he's already been transformative to our business."

As for its growing bank balance, NaturalMotion will be spending it.

It has at least six new games in development in four locations in the UK and the US, and is hiring aggressively everywhere.

"We've had to recalibrate our view of the market's potential. The opportunity is huge," Reil reveals.

"We want to be the #1 mobile social games company and that wasn't the case a year ago."