Will be the company's console debut 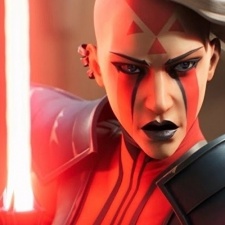 The trailer depicts characters from across the Star Wars universe battling inside an arena in familiar planetary settings, seemingly Tatooine.

The game is set after the sixth film in the saga, Return of the Jedi, and players will be able to take on the role of Jedi, Sith, Wookie and more, with a range of different weapons and abilities available.

The American social games giant first revealed Star Wars: Hunters in February this year during a Nintendo Direct presentation, making it a console first for the publisher.

Star Wars: Hunters will also be available on iOS and Android devices.

Zynga initially acquired the license to produce Star Wars games back in 2018, making this its debut Star Wars title.

The game was originally due to be released this year but has been pushed back for a 2022 release.

"Today’s reveal gives viewers their first look at the Arena, a competitive, spectator stadium attracting Hunters from the far reaches of the galaxy to seek their fortunes," said Zynga publishing boss Bernard Kim.

"Giving a brief glimpse of the Arena’s high-stakes, team-based action, this trailer showcases just a few of the dynamic characters inspired by the Star Wars galaxy that fans will experience in the game."

In addition to the cinematic trailer, gameplay and images of the upcoming title debuted at Apple’s recent event, showing the game on the new iPad Mini and iPhone 13.

In August, Zynga revealed its Q2 financials were up 59 per cent to $720 million and stated that Star Wars: Hunters is due to enter a soft launch in Q4 2021.