The path to success is building a better game every time 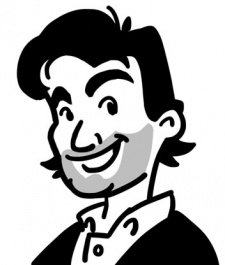 Omar Siddiqui is the CEO and co-founder of Kiwi, a mobile game developer based in Palo Alto with 5 titles in Google Play's Top 25 Grossing.

Prior to Kiwi, Omar served as the Vice President of Product and Executive Producer at Disney Playdom, building and leading the studio that produced a number of the company's social game hits including Gardens of Time, a top Facebook game in 2011.

He also previously served as the CEO and founder of Trippert Labs, a top iOS developer with numerous Top 10 Free applications that was acquired by Playdom.

As we look to 2014, it's clear that the opportunities and challenges of the mobile gaming market are increasing.

In that context, perhaps it's a mark of your personality - optimist or pessimist - which you focus on.

According to Omar Siddiqui, CEO of US studio Kiwi Inc, an iterative approach is key - making sure every game improves your opportunities while reducing your challenges.

"What's important for us is doing something with each games that enable us to gain expertise and make a better game next time," he ponders.

"I think that's the path to success, but we also have to admit that now there are hits and there are mega hits."

Making your own luck

Siddiqui's refering to how 2013 has radically changed our views on the scale of a 'hit'.

Before Clash of Clans, Puzzle & Dragons and Candy Crush Saga, a $100 million mobile game franchise was amazing. Now the bar has risen to $500 million franchises.

On the positive side, Siddiqui says companies such as Kiwi can see there's a model for incredible success from a very small number of titles.

"But you have to build a great game and get lucky," he jokes.

"The bar for a great game is increasing all the time. And you need to be able to build a great game, and then scale it, which requires a detailed knowledge of user acquisition and your users' lifetime value."

At least Kiwi on the right path. To-date it's had seven games in the Google Play top grossing top 100.

"That's a reasonable level of success," he says. "It's hard to chase the mega hit. They tend to be genre creators. They don't come from companies who haven't honed their art."

In that context, Kiwi's principals have previous form. Originally set up as iPhone developer Trippert Labs, they were acquired by Playdom in 2009, with the team joining Disney following a further acquisition.

Then, at Disney, they worked on Gardens of Time, a socially-leveraged narrative hidden object games that was one of the last great Facebook-only titles.

"Around that time, we saw the emergence of Android," Siddiqui says.

Kiwi was formed in 2011, and has since focused on making narrative social games for Google's OS, although it's now taking a more cross-platform approach with titles also released for iOS.

"We're interested in narrative free-to-play mechanics and mobile is the area were we can push that envelope," explains Siddiqui.

"F2P demands a high level of creativity because you have to give people an engaging experience that will also encourage them to pay you."

For this reason, he says Kiwi works hard on the design of core systems, before spending two to three months in soft launch to refine retention and monetisation.

"It's about providing community-driven gameplay, which has a strong narrative," Siddiqui says, of Kiwi's approach.

"Our goal is to make approachable games. Not simplified games, but games more like a TV series, that can create a lot of loyalty."

He says the proof of its success can be seen in games such as Shipwrecked, in which 70 percent of players have been playing for more than 60 days.

"You have to earn your community," he argues.

It might sound a lot less sexy and a lot more hard work than 'building a hit', but surely you need to overcome the challenges before you can take full advantage of the opportunities?