Any game can benefit from simplification 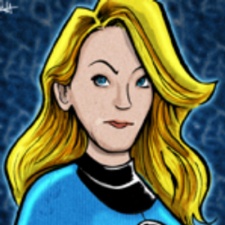 She has been in the games industry for nearly 20 years, starting as a freelance texture artist, moving up to 3d modeler/animator and finally production for independent mobile titles.

She is now CEO of the videogame startup Bushi-go, Inc. developing independent titles for iOS and Android.

She has been in the games industry for nearly 20 years, starting as a freelance texture artist, moving up to 3d modeler/animator and finally production for independent mobile titles.

She is now CEO of the videogame startup Bushi-go, Inc. developing independent titles for iOS and Android.

You can find her on twitter at @Ing3nu or on G+ using her real name.

Kimberly Unger: I think the biggest story is Epic finally making the Unreal Engine available to developers on terms they can work with.

They're up against a pretty broad install base amongst mobile developers and Unity and I'm curious to see how it plays out.

Reinventing monetization is going to be huge challenge.

The free-to-play model works really well for a certain type of game. But there are more games out there, and as this vast new audience gets more sophisticated, more educated, they are going to start taking their dollars elsewhere.

Being indie is no longer a state anyone stays in for long. There are indie studios out there, sure, but a lot of indie developers are high-end hobbyists: they end up either getting hired or acquired or they are one-hit wonders.

Reinventing monetization is going to be huge challenge.

At the same time experienced developers go back to being indie in the spaces between paying jobs. The indie scene is in constant flux.

Iconography. Any game, even a story-driven title, can benefit from simplification.

DO as much as you can without words, use your symbols well and you can reach a broader audience.

5. Most of my exposure to the game development community has been seriously US-centric.

I'm looking forward to connecting with the international community, to seeing how it's done everywhere else.

We all, every single one of us, knows the pain of trying to score in that game. It was the ultimate water-cooler conversation starter for a while, which I think explains some of its virality. It gave a lot of people a common starting point.

And finally, in 140 characters describe what you think the hot topic in mobile gaming will be in the next 6 months and why that's the case

Video: How to handle art direction in the Japanese market