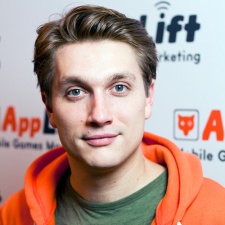 Jean-Philippe Decka: At the risk of being dull, I'll go with the King IPO. It crowned the breakthrough of mobile in gaming, as well as the success of free-to-play and cross-platform strategies, in particular.

For us as a company, I would say the rise of native advertising in general, and in mobile games, in particular.

Truly native advertising will go beyond standard formats and be extensively adapted to fit a particular game's user interface in order to create a completely seamless experience for the users.

The biggest challenge right now is for new mobile game publishers to emerge and manage to monetize as well as the incumbent studios in the context of the chart system (especially the top grossing charts), which tends to favor those who are already in place and doing well.

Again, the distribution model of the app stores makes it really difficult for indies. Revenue distribution is very skewed, and at the top of the charts the market is already extremely saturated.

[Indies] will be better off releasing paid games.

My recommendation to indies is two-fold: first, and in most cases, they will be better off releasing paid games, as they need less installs to pierce through (either through PR or featuring).

Second, they should focus on the content and rely on great PR. They should make quality games and nurture a good relationship with Apple and Google. The best will be rewarded.

Needless to say, localization goes beyond translation. However, for Asia it goes even further: you need a whole different game. The expectations are much higher over there, especially in terms of content.

If you compare both games, you'll notice immediately that the Korean version is extremely heavier and much more intense in terms of content.

I rediscovered an older paid game: Riven  by Cyan Worlds, which is the mobile sequel to the famous 1990s desktop game Myth.

Back then, I needed six CDs to install it, and now I have it on a 6-inch touchscreen! Not to mention that the experience is seamless. Great game!

More of the older online players are now coming to the market with great games, and that’s much to rejoice about!