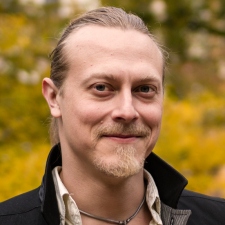 There is a buzz surrounding Reforged Studios that belies its youth.

Only established in 2015, the Helsinki-based studio has already set its sights on aggressive globalisation and been rewarded with a $2.5 millon investment from NetEase.

With its founding members possessing a collective history of roles at Riot Games, EA, Blizzard and more, Reforged certainly has the pedigree worthy of such a vote of confidence.

And indeed, the team's commitment to doubling down on core gaming for mobile is inriguing to say the least.

Post-investment and looking to expand, the studio is unsurprisingly looking to bolster its numbers with a hiring drive.

As such, we reached out to CEO Teemu Vilén to see what he could share about company culture, the sort of candidate he's interested in, and personal tips for those thinking of applying.

PocketGamer.biz: Could you give us some background on Reforged Studios and what you do?

Teemu Vilén: We founded the studio for developing core games, for the core gamers. Our backgrounds are in mobile, PC and console.

We've worked at studios like Ubisoft, Blizzard, EA, Riot Games, CCP Games and Games Workshop, on some of the coolest and highest quality brands in gaming.

We look at core as a broadening market, rather than a niche.

Particularly looking at the current mobile game offerings, there is a gaping hole where high skill and deep mastery games with social and competitive goals should be. Meanwhile, hardcore and core gaming is becoming more accessible to mainstream across platforms as well.

We look at it as a broadening market, rather than a niche.

Next year we'll open up other key roles like marketing.

As you're overseeing recruitment at Reforged, what do you look for in candidates?

Best people make the best games. Being surrounded by passionate and skilled people whose expertise you trust, who burn with inner fire, people who own the outcomes and take pride in their craft is the best source of inspiration and motivation, and product quality.

Qualities such as self-awareness, cultural matching, a self-starter mindset and the ability to communicate and listen well are highly important, beyond technical expertise.

Game dev experience is king, but we've also hired driven professionals from outside gaming that just have the right skillset and love learning new skills fast.

How will you be trying to encourage a strong company culture?

Culture is something we collectively and consciously build from day one.

Culture is something we collectively and consciously build from day one. You can't wait until you've hit success to retrofit a flavour-of-the-month values.

Culture also trumps process: as an example if having scaled up you have to adopt enterprise processes that run against your cultural grain, you'll run into resistance. For us, culture is the soul and identity around which we adapt to change and scale.

The Finnish way of working has a lot of the right foundation like a strong team loyalty and taking selfless pride in your work.

To attract and retain the best talent, we operate like a sports team; a group of talented specialists that trust each other in all things by default, all united behind shared goals and vision.

We like our hierarchies non-existent. An expert knows how, when and where they are productive, and what tools they need. A manager's minor job is simply to lead through shared vision, facilitate productivity, and eradicate anything blocking the team from the productivity they want.

We don't mandate, override or micromanage.

If your kid's sick or you need a day off, you take a break. If you think working remotely from home is efficient, so it is. Functions like process, communication and alignment is everyone's personal responsibility, not something you can outsource to a manager.

We dislike the long-term negative impact any lack of transparency can create. Our salaries, options and compensation models are public to everyone in-house. Thus they must be justified, and must prove without question that everyone is treated equally and fairly, with respect.

An issue with one's compensation should be an open discussion on whether and where the model needs improvement, or if an adjustment is needed to compensate for personal growth.

Why do you think Helsinki is a good place to work?

Having an international team, we didn't default to Helsinki even though that's where our roots are. Rather, it was a very solid choice for our HQ. The developer community is simply amazing in Helsinki, and Finland more broadly.

Helsinki is a small city, everything is packed together so it's very easy to step outside and meet other developers. It's also a very hyperactive scene. There are gatherings of designers, indies, IGDA on weekly and monthly basis.

Helsinki has a very hyperactive scene... everyone is in it together.

Studios don't see each other as competition. Rather, the general sentiment is that everyone is in it together. Advice and feedback is given freely. When a studio releases a hit game, it's perceived as good for everyone and people take great pride in the success of the community as a whole.

Add to that being in a well-functioning welfare state where childcare, healthcare, public transportation and education are of high quality, and minimal cost, and it really frees up your energy for creative work in a very positive, work-life balanced atmosphere.

Will the recent partnership with NetEase lead to any changes in your day-to-day working environment, or will things remain operationally the same?

Besides their impressive success as a publisher and developer, what attracted us to NetEase was their track record and integrity working with western studios similar to us.

We gain their experience and global perspective in the partnership, without losing any control over our own vision and fates.

Tuomas, our Chief Creative, built his first game when he was 6.

At 23, he spent all his spare time creating fan army books and illustrations around Warhammer games, which got noticed by the guys at Games Workshop and led him to his first job and a 20-year gaming career.

If you aren't creating games, in some shape or form, start by asking why not. If you are, you're on the right track.

The triple-A gaming industry used to define what it meant to "break into the industry". That boundary of "in and out" isn't that relevant anymore.

Opportunities to band together with other indies or in dev communities, learning materials and development tools from modding to say, Unity or Unreal 4 are just crazy good today.

Being financially successful is hard as it ever was, if not harder, but it's no longer as straightforward as whether you work for a big studio or not.

Those with the drive and passion to constantly learn from failure and improve through experience tend to, somehow, find the success they are looking for.

For the full list of vacant positions at Reforged, visit its jobs page.