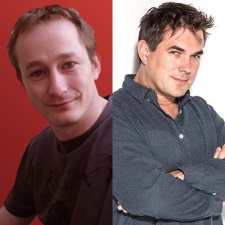 Working with popular intellectual properties is a high stakes game.

Benefits include a recognisable brand with which to market your game, but there comes an expectation of fan service.

To top things off, there's a balancing act to be made between the usual demands of making a game that’s unique and different with meeting those fan expectations and fitting into the IP's universe.

Luckily for Pixel Toys, it is one up on developing games based on IP with 2015’s Warhammer 40,000: Freeblade firmly in its back pocket.

For Pixel Toys CEO Andy Wafer, the chance to dive back into Warhammer's fresh IP is an exciting one.

“There hasn’t been that many games, or any that’s similar to ours, so it’s quite cool to be making something for the first time," says Wafer.

"There are a lot of new characters and it’s cool for our artists and animators because we’re making and animating the models for the first time.”

The jump from title-to-title may mean a genre shift but the same desire to drive the tech behind it remains. Something that is a trademark for Pixel Toys, Wafer tells us.

There are several of these games around, but what we’re doing is a little bit different.

“We specialise in trying to make the most visually rich experience on mobile,” says Wafer.

“Our background comes from console, so when we came to mobile, we tried to bring that experience. It’s a familiar story that a lot of people have, but we’ve continued to push it as hard as we could.

“We achieved some of that with Freeblade, which was a mobile shooter, but with this game we wanted to bring that to a different genre, so this is an action card-based battle game.

“There are several of these games around, but what we’re doing is a little bit different. We’re trying to push it from a technical perspective.”

Warhammer Age of Sigmar: Realm War does boast an array of influences and plays out like a strategy game with two teams and one tower to defend for each, somewhat like Supercell's Clash Royale. But one of its more charming aspects is its use of augmented reality.

Games can be played and replayed on the very desk in front of you, which evokes memories of the miniatures that forms Warhammers appeal.

The places of AR and VR within the market are currently an odd one, however. Apple’s ARKit has helped make inroads for dev accessibility, and ARKit 2 has not long launched.

And yet, it’s currently at an impasse with the broader market regarding popularity. Although, Wafer tells us that time and improvement will be best the remedy as developers get to grips with the tech.

We’re trying to do what we can to support AR. I think its early days for the technology but the concept and the direction of it is really interesting.

“We’re trying to do what we can to support AR. I think its early days for the technology but the concept and the direction of it is really interesting,” says Wafer.

“Developers like us are still trying to find the best utilisation for the technology, but I don’t think it’s something that’s going to go away, it’s just getting it to work.

“The technology itself though is getting more interesting all the time.”

While fan service and experimentation with tech are accounted for, Pixel Toys has still taken care to add some broader market appeal, Pixel Toys marketing director David Solari tells us.

“But the real target for the game is midcore mobile gamers, so the game plays well to a much wider audience.”

To that end, Clash Royale's influence on the game is understandable. For Wafer though, the gameplay and its depth go hand-in-hand with making something appealing that they too would like to make and enjoy.

We’ve always been focused on understanding the audience, and making games we would like to play and enjoy.

“The gameplay itself has depth and is quite tactical, but I feel like midcore gaming is something that appeals more to us as developers regarding games we want to make,” he says.

“We’ve always been focused on understanding the audience, and making games we would like to play and enjoy.”

Another mobile trend that any Clash Royale fan can attest to is that of mobile esports, which is another front Pixel Toys is ready to take advantage of post-launch.

“The thing about esports though is that the players will have to want it for something like that to happen,” comments Solari.

“But we designed the game with competitive play such that, hopefully, they do it embrace it though and we can start investigating stuff like tournaments.”