CEO Andy Wafer reflects on the game's life so far 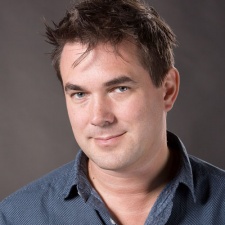 In this entry, we speak to Pixel Toys CEO Andy Wafer about on-rails shooter Warhammer 40,000: Freeblade.

PocketGamer.biz: With Warhammer 40,000: Freeblade now approaching a year old, how do you reflect on its performance - from launch to the maturing title it is now?

We’ve been very happy with the game's performance, and it continues to do well for us.

We’re actually a rather small developer compared with some of the big players in the industry, so our requirements for performance are probably a bit more modest too.

We're a rather small developer compared with some of the big players in the industry.

But we’re extremely proud of the title, I think that a year on it’s still one of the most technically impressive titles on the App Store, and we’ll continue to update and improve it going forwards to make sure that remains the case into 2017.

How big is the team currently handling live ops on Warhammer 40,000: Freeblade?

The Freeblade live ops team is currently four people full-time, but we have other team specialists who get involved from time to time, like animators or environment artists depending on what we want to do for a specific update.

The live ops team has reduced from about 10 people a few months ago, as we start to ramp up on new projects, but that’s not to say we’re slowing down on our updates.

It’s more the case that we now have mature tools and a framework that requires less resource intensive development for the same regular update schedule.

The game is more than twice as big as it was at launch with backend systems that allow us to run special events, offers and competitions.

Not doing customer service appropriately means you risk losing long-term retained and paying customers, as these groups are proportionally more likely to contact us.

We try to respond to everyone that contacts us via the game, but also pay close attention to game forums and feedback on our social channels, which helps inform and prioritise what goes into our updates.

Our approach to updates has been very content and feature focused, whilst also trying to improve overall polish and user experience.

What's been the biggest challenge of maintaining a live game while also working on new projects as a small studio?

Resource is always a problem, no matter how many people in the team. When you have a live game, you want to do the 1,000 things you know you could to make it better.

One of the biggest challenges is focusing on the things you can actually achieve.

Your community has another 1,000 suggestions. These are often cool new ideas, things that will make the game more fun and things that could improve retention and the overall experience.

One of the biggest challenges is focusing on the things you can actually achieve and deliver them in a realistic timeframe.

With a small team, if you want to provide content and feature updates every month, that content and those features need to be built in a month.

Sometimes that means you can’t do all the really big things - you have to save those for the next game.

What steps have you taken to ensure that Freeblade maintains a sizeable and active player base? To what extent have they been successful?

We know that the really engaged players are largely Warhammer 40,000 fans.

It’s an amazing universe with a huge wealth of content, so we try and draw from that and make sure our updates offer something new from it regularly.

We’ve added a lot of new features in the form of events, multiplayer, new content chapters, boss fights as well as a lot of under the hood improvements and optimisations.

Generally, each time we release an update we see higher engagement from existing players as well as an influx of new players.

What lessons have you learned/are you still learning from Freeblade? Is there anything about the game that, in hindsight, you'd now handle differently?

I think we would be multiplayer first, and design the focus of the game around multiplayer and social.

We could have done better by having multiplayer and social elements in the game from the start.

Those elements are key to strong engagement and retention, and I think we could have done better by having them in the game from the start.

What have been the highlights and lowlights of the year since Freeblade's launch?

The most rewarding part, and for me the highlight, is always the period just after a launch, when you see the positive user reviews and you know what you’ve built and the work everyone has put into it is appreciated.

It’s the best feeling. That’s the reason to be in the industry.

I can't think of anything specifically relating to Freeblade that's been a lowlight this year. Trying to find new office space in Leamington Spa has probably been the biggest challenge for us.

Finally, how has your experience with Freeblade informed where you are/what you're working on now?

The biggest learnings from Freeblade are the need for placing greater importance on long-term feature and content roadmaps, and building games in a way that allows new content to be added readily and cost-effectively once the game has launched.

We also now better understand the importance of multiplayer in mobile games, and will have greater emphasis on that with future titles.