PGC Helsinki: Marek-Martin Matyska will be talking about game design for competitive gaming and more 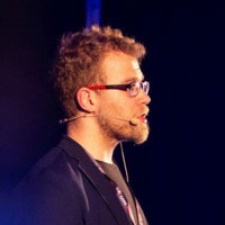 In this speaker spotlight we caught up with Marek-Martin Matyska from Geewa. Matyska has been a competitive gamer his entire life, When he was 18, with the help of two good friends, he decided to take control of the biggest Czech gaming cafe with 80 computers. In 2013 he got the opportunity to jump in to Game Development in the role of a Designer, and he hasn't looked back ever since!

At Pocket Gamer Connects Helsinki 2019 he'll be on a panel discussing eSports, as well as giving a keynote speech about designing for competitive gaming.

Pocketgamer.biz: Tell us a bit about the company

Marek-Martin Matyska: Geewa was founded in 2005, When Facebook came we became the leader in Pool games on Facebook with over 2 million Daily Active Users, Now our leading game is Smashing Four! Geewa stands for "Games for Everyone, Everywhere, With Anyone"

I'm a Senior Game Designer in the company and a Lead Designer on an upcoming unannounced title for Mobile!

I've played games my entire life, having the opportunity to be on the other side and develop them, balance them? That was a dream come true!

Play games, think about games, deconstruct games and do it for the passion of gaming, not for the money!

After Fortnite stormed the world, I'm genuinely curious what will be the next blockbuster of similar size.

The mobile market became much more mature, Back when I started only industry leaders knew how to utilize the enormous advantage of data that the mobile platform allows, nowadays even smaller indie studio are actively thinking about how we can make the game better post-launch by utilizing analytics.

It is my 2nd Pocket Gamer Helsinki so I have to say karaoke! In all seriousness, I'm looking forward to meeting fellow developers and exchanging opinions on the recent things that have happened in our developer world!

PGC Helsinki: Cuneyt Unar will be hosting a session about using blockchain technology in mobile gaming

PGC Helsinki: Zsuzsa James will be on a panel discussing funding strategies at the show

PGC Helsinki: Rosemary Lokhorst will be presenting a session called Leveling up to remission - A clinical study of playing toward your strength