"It’s difficult because everyone has different circumstances and is working in different conditions..." 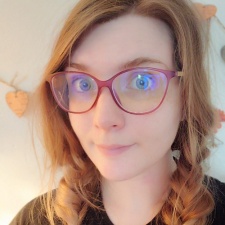 This week we spoke with Team17 producer Emma Bates.

Emma Bates: I am currently a producer at Team17. There’s a lot involved with being a producer; we handle the project management including schedules, budgets, processes, and generally overseeing development. Just as importantly, there’s a lot of people management, making sure everyone on the team is equipped and able to do their roles, and making sure everyone is on the same page and working together towards the same goal.

We make sure that when there’s a decision to be made, we facilitate that discussion, while also providing insight on feasibility in terms of budget, time, and resources.

We’re also the biggest advocates for our games; we want to make sure that the games we’re working on reach their full potential, which can sometimes mean making tough decisions.

Gaming has consistently been one of my favourite pastimes since I was about eight years old and got my first Game Boy. From that point, it was always my dream to make games but I never considered myself good enough to be able to go into it as a career.

When it came to looking at universities, I found that degrees in games existed and decided to just go for it. While there, I started making connections with other people in the industry and after completing my degree I landed a job at Team17 as a QA assistant. Since then Team17 has always been incredibly supportive of my professional development. I progressed to lead QA in 2017 before briefly side-stepping into a release co-ordinator role, and then moving again to join the production team shortly after.

I actually studied graphics for games, which is completely different from what I ended up then doing within the industry but I’m still really glad that this was the route that I chose. Even though it sounds so different on paper, there was a lot I learnt while at university about game development in general: pipelines, different roles, everything that actually goes into making a game.

For that reason, I don’t think the specific course itself always matters too much but my general advice for anyone looking to study any games-related course at university or to go into games after graduating is to really make an effort to do more than just attend lectures and do coursework.

Use it as an opportunity to start networking and meeting people already doing the job you want to do. Get involved with game jams, join (or even start) the university’s gaming society, be excited about group projects. So much of working in games is communication and being team-oriented, so doing these types of activities while studying will really help you prepare for that side of it.

For anyone new to the industry or outside of it, a lot of people don’t actually know what the role of a producer is or what we do, or there’s this is the idea that we’re the sole person in charge of the project who makes all the decisions. It’s very rare that a producer will make a decision by themselves. We make games as a team, and as part of that team, we have leads across all disciplines including art, design, code, QA, and sometimes audio and animation (depending on the scale of the game), and also on the commercial side.

The producer acts as the glue between everyone else. We make sure that when there’s a decision to be made, we facilitate that discussion, while also providing insight on feasibility in terms of budget, time, and resources. We work alongside the other team leads to make sure that everyone is in agreement on what the best decision is for the game taking all aspects into consideration.

There are a lot of different routes to becoming a producer, so if it’s something you want to do, don’t hesitate just because you don’t tick every single box on a job specification. The key thing you need to be good at is communication and relationship building.

You need to be comfortable talking to people from a lot of different backgrounds and sometimes being the mediator between people. Knowing things like different project management processes or the ins and outs of game development are a bonus, but they’re things that can be taught.

I think for those struggling, the best advice I can give would be to actually embrace that you’re struggling and not feel like you have to fight against it.

I don’t feel like there’s been a massive impact and actually, I’ve been really impressed with how much everyone has rallied behind making it work and finding ways to adapt. I think the willingness to maintain a level of normality from everyone has really helped to make the impact much less.

I do spend a lot more time now in calls, meetings, or sending messages to people. So much of the role is communication-based and without the in-person element – and without the conversations that happen across the team organically when everyone is working in the same space together - a lot of my time is now spent just making sure everyone on the team is connected to what is happening and that everyone is okay.

It really isn’t that much different from a typical day in the office. I’ll check in with my team first thing, sort my emails, we’ll run our scrums, there’ll be various meetings, new problems that need solutions, or milestones to meet and co-ordinating what work needs to be done by who and when. It’s a lot of the same work and meetings, but now with the bonus of being able to do them while wearing slippers and cuddling my cats.

For me personally, I feel like the biggest advantage and disadvantage are perhaps the same thing. It's that idea of always being connected and the expectation of always being available. Working from home means that even in calls and meetings, if something goes wrong that needs an immediate solution, I’m able to respond much quicker and therefore no one is waiting for me to finally appear out of a meeting room, which is great.

But that can be equally distracting. It can often feel like there are too many conversations happening at once and that there are a lot of things all fighting for my attention at the same time, or it can be difficult to focus on bigger tasks when there’s constant new messages, questions, or requests for calls.

How long we would be doing it for! It’s difficult because everyone has different circumstances and is working in different conditions, so everyone could be struggling for a lot of separate reasons. I think for those struggling, the best advice I can give would be to actually embrace that you’re struggling and not feel like you have to fight against it.

This is a really unusual time, it’s okay not be okay, and you’re not alone in feeling that way. Speak to people about it. Let your colleagues and – more importantly – your manager knows. Let the people around you do what they can to support you and to help.

My preference would be a mixture of both. I feel like there’s a balance to be struck where some of the disadvantages of working remotely could be countered by spending some time also in the office and vice-versa. I feel like there’s definitely some parts of our development process that do still benefit greatly from everyone spending time together in the same space.

I also do miss having the separation of the office being my workplace and my home being for non-work things, but equally, I’d like to see more openness to people working remotely if there’s a benefit in them doing so or that’s actually the environment where they’re able to work more comfortably.

Remote Working: Playrix's Mikhail Klyuev on how to become a game producer