"We're essentially bringing Bristol to you" 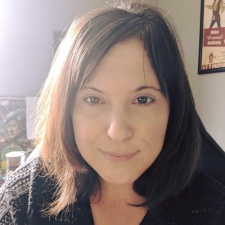 By now, most of us are fully aware of how cutthroat the video games industry can be. It's a sad but often common occurrence to see studios close, projects cancelled and employees laid off in droves. Any of this is enough to make someone question a career in games. That's also why long-term veterans are still relatively rare to come across.

Susan Cummings has been making video games for approximately 23 years and counting, previously holding prolific roles at big-name studios such as Rockstar Games, as well as co-founding 2K Games at Take-Two Interactive. Not to mention she signed Ken Levine, who went on to create Bioshock, one of the most revered video games of all time. Quite the portfolio to say the least.

Over the last decade or so, Cummings moved to mobile, becoming the managing director at Tiny Rebel Games - best known for the award-winning Doctor Who: Legacy and Doctor Who Infinity. More recently, she founded the real-time storytelling platform Fictioneers, a joint venture between Tiny Rebel, Potato and Sugar Creative on Wallace and Gromit: The Big Fix Up.

Taking place over the course of 28 days as part of a "three-act story", players sign up to Wallace's new business venture, 'Spick & Spanners', which has won a contract to clean and fix the city of Bristol. The catch is that the team will be working for city mayor Bernard Grubb, who wants to utilise the latter to help win him the election.

AR is a major part of the experience and is something that has been very hit or miss with games in the past, yet the studio believes Wallace and Gromit will be different.

"The most important thing to say is that it's not meant to be a game," Cummings tells PocketGamer.biz

"While my background is in game development [and] there is clearly gameplay in it, it's really supposed to be a new type of storytelling experience - a blended experience."

To help fund the project, Tiny Rebel Games was awarded a government grant via Innovate UK, which sees the 'Audience of the Future' initiative put approximately $30 million ($41.1 million) into a variety of different immersive experiences and demonstrations all surrounding AR, VR, mixed reality or otherwise.

Cummings explains that: "What we hypothesised - and won the grant for - was the idea that we could take users on a new type of story experience that would be told in real-time, so that a water-cooler moment could descend with everyone getting the same information at the same time, allowing us to tell our stories through different types of media.

"The Big Fix Up is an amalgamation of augmented reality, mixed reality, portals, full-motion comics, live-action video, CG video, and all these different types of experiences that come together to take users on a journey."

While traditional gameplay does feature, the playable aspects themselves are there to emphasise that The Big Fix Up is all about joining Wallace's new company. A major part of this is job management, where you must assign contraptions and gadgets to a particular task outlined by Mayor Grubb. The game will then tell you to return in anything from five minutes to three hours, propelling the story forward.

AR, unlike VR, works best when it adds to the world around us.

Alternatively, there is the AR playground where small mini-games can be played, such as 'keepie uppie' with The Wrong Trousers. Of course, not every company has successfully integrated the technology. Outside of Pokémon GO (in which most people opt out of the AR mode), many still question if AR really is a game-changer, or more of a fad.

"AR, unlike VR, works best when it adds to the world around us," says Cummings.

"When it makes sense that we can see our world but you can also see a magical world landing on top of it. So, when Aardman [Animations] came on board and shared our vision for how storytelling could start to evolve and we settled on doing something with Wallace and Gromit, we really felt we could mash these worlds together."

She adds: I think if we're going to establish a new genre of entertainment, which is our bold aspiration, that we have to really think about how we articulate it and how we explain why it's different - what gaming does well, what story does well, and how we combined those things together."

Aardman Animations partnered with Tiny Rebel and Fictioneers following the grant's approval. The animation studio was chosen because the formers didn't just want someone who would just "license the rights and walk away".

Instead, the company ended up contributing to the writing, story, characters, and even helping choose the voice actors - including Wallace regular Ben Whitehead, Jim Carter as Bernard Grubb, Miriam Margolyes as Beryl, and Isy Suttie as Lily Hackerby.

Naturally, Wallace and Gromit creator Nick Park needed to give his "blessing" to utilise the license, something that is used very sparingly in all forms of media. It was also the first time a live-action character was introduced to the world, via reporter Clarissa Kent.

The biggest thing I can say for Aardman is that they're willing to take risks with their most important stuff...

"He (Nick) is really into technology and has been really excited to see this come together," Cummings says.

"He did the big consumer announcement on stage at the anniversary of Wallace and Gromit like a year ago. I remember being so gratified that he was willing to talk about it so early. The biggest thing I can say for Aardman is that they're willing to take risks with their most important stuff, and you don't see a lot of companies that do that."

Wallace and Gromit: The Big Fix Up launched across the App Store and Google Play on January 18th, 2020, receiving strong reviews (off the back of only five per cent of the game being available on release), as well as being featured on the stores.

No monetisation was implemented in the first week, so that players could be onboarded and get an understanding of the premise. Additional AR packs were then introduced shortly after for purchase.

Anyone late to the party or has fallen behind, can still catch up with an 11-day version of the timeline. Those invested can also continue to complete jobs for Wallace as well as continue to unlock further content for the AR Playground.

This wasn't always the case, however. Originally, The Big Fix Up was scheduled to launch in September 2020, only to be delayed like so many others due to the ongoing pandemic.

As a result, Tiny Rebel had to pivot their plans for a live experience in Bristol to celebrate the finale, taking the Lidar data (provided by Fantasmo that scans the playable area in the city with cameras) and transformed it into a scalable diorama of sections from Bristol, which can then be placed in a location of the user's choice.

We're essentially bringing Bristol to you, and it's a wonderful way of thinking about the accessibility of live series.

"It's really charming," Cummings tells us.

"We're essentially bringing Bristol to you, and it's a wonderful way of thinking about the accessibility of live series. It also means in terms of releasing globally, that it doesn't matter if people can get to Bristol, or have even heard of Bristol."

A city-scale experience of some sort is still planned to take part later this year (pandemic pending), thanks to additional funding raised.

Development of any project is strenuous but designing something to be played outside when the world is told to stay indoors is on another level altogether. Still, Cummings is used to this sort of pressure, pulling from experience at big console developers and working with similarly large IPs.

Before Wallace and Gromit, Tiny Rebel previously developed Doctor Who: Infinity and Doctor Who: Legacy, popular mobile titles based on the longest-serving sci-fi television show ever. A show with a "demanding fandom" and is recognised globally.

"One of the biggest things we took away was the attention to detail that you cannot underestimate from fans," Cummings recounts.

"I think Doctor Who: Legacy was so loved because we put so much time into that kind of detail - even just the profiles of characters.

"Embrace that fandom, don't be afraid of it," she adds.

While the studio founder confirmed that its time with Doctor Who is over, Tiny Rebel is already doing some "tinkering" and "R&D" on what comes next.

In the meantime, though, the success of Wallace and Gromit: The Big Fix Up is very much at the forefront of everyone involved. What that looks like for Cummings is all determined by the end-to-end storytelling,

"Did people feel like they got a full story and was there value in experiencing that story in real-time? Did that matter to people?"

"Did you have a 'water cooler' moment?" she adds, referring to those common moments of conversation that have severely been lacking for the majority of us over the past year, and is something that would make for a welcome return to normality.

What mobile game devs can learn from Tiny Rebel's community-building tactics with Dr. Who Legacy