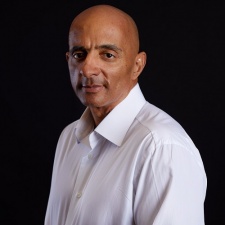 This week, we spoke to Roblox vice president of engineering Julian Walshaw-Vaughan who believes it's on companies to create a welcoming environment where people of all backgrounds can thrive.

My group works on empowering our global community of millions of creators with the tools and analytics they need to build immersive, cross-platform experiences at a massive scale.

I spent several decades in the software entertainment industry. Prior to Roblox, I led the technology vision and strategy as vice president, general manager and chief technical officer for EA Studios, which included overseeing the technical strategy for Frostbite, DICE, EA Sports and Bioware.

Many of Roblox’s top developers who are earning seven figures now and employ teams got started by building very simple content on the platform.

I also worked in other major Silicon Valley companies, including Apple and Zynga.

Is there something about game engineering that people likely wouldn't be aware of?

We see traditional game engineering being revolutionised by the needs of user-generated content, which we believe is the future.

One analogy that helps explain this is newspapers and social media. In the past, newspapers represented a one-way communication of a story from a publisher to readers. While they provided a valuable service, there was no ability for the reader to contribute, comment or share the story easily with friends.

Then along came social media that allowed anyone to easily share stories and more importantly, tell their own.

I see triple-A games in many ways analogous to the newspaper business. While there are powerful stories, visuals and technology, there is still that same gap where players are not able to enhance their experience.

They can’t create their own stories, and this means the overall experience isn’t as rich due to this limitation.

I’ve loved games ever since my grandfather bought me one of the arcade classics, Pong. I’ve also had a fascination with computers since I first got my hands on a ZX81. I truly don’t remember a time when I didn’t want to work in the games industry.

As I’ve gotten older, I’ve found that what I love as much as playing is enabling other people to create their own experiences.

That’s a large part of what appeals to me about being part of Roblox - it’s a platform that allows anyone to follow their own passions of creating and publishing their own experiences for free.

You can read all the books and watch all the videos, but unless you try and create something, you won’t get anywhere. Many of Roblox’s top developers who are earning seven figures now and employ teams got started by building very simple content on the platform.

I have a B.Eng in Electronics from the University of Liverpool and a Masters from Manchester University. A computer science degree is a typical path for engineers, though there are many others. Take advantage of whatever learning opportunities are available, through school or where you work.

Some things you can only learn once you start working at a company or on a project. We recently launched our first-ever engineering org-wide boot camp to help new hires ramp up quickly and make long-lasting connections.

The boot camp covers everything they need to know specifically for their work at Roblox across areas like Roblox Client, Web Platform, Infrastructure and InfoSec, which consists of over 20 courses and labs taught by 22 engineering leaders.

We talk a lot about diversity - which is great - but for real change, we need more inclusion. The more senior leaders from underrepresented groups we are able to include in industry discussions and elevate within organisations, the more change we will see. Speaking from my own experience, what I’ve found is when leaders from underrepresented groups take senior roles, diversity spreads throughout the organisation.

You often hear an argument, especially with regard to senior positions, that there are not many people of colour in the industry and that's why the representation isn’t there. My view is that the onus is on companies to create an environment where people of colour feel like they can thrive. That's how companies and gaming will attract the best talent from all industries and make real change.

I’ve come across few Black leaders in the games space and I’ve often found myself to be the only person of colour in the room, which can at times be challenging. Early on in my career, I had situations where people thought another person was leading the project, for example.

Having said that, I’ve never felt like I’ve been held back in my career, or that there was a glass ceiling. But clearly, there are still significant challenges for people of colour as we continue to be underrepresented in the industry.

Reach out and show them more people who look like them are in the industry. There's a passion for games that can be leveraged. For example, our education team works with schools and coding camps that cater to underrepresented groups.

On top of this, our university recruitment team conducts sessions and organises events with various nonprofits and student organisations focused on creating opportunities for diverse talent. It’s also important to create welcoming environments where marginalised people can feel comfortable and thrive.

It’s important to be deliberate with targeted recruitment efforts and outreach. The fully remote work environment has made a big difference in the last year expanding geographic reach for recruitment.

Leverage remote working possibilities to reach out to locations that wouldn’t otherwise be part of your recruitment drives!

I’ve certainly seen more conversation and awareness across the board, such as more diversity officers hired and more URM (underrepresented minority) board members and leaders.

I’ve seen a general willingness to want to help solve the problem, but fundamental changes take time. I think it’s definitely a step in the right direction, and if in a year from now there is the same energy still being directed at these efforts, I’ll feel even more encouraged.

I’d recommend finding a mentor - there are many successful people who want to pay it forward, can open doors and share invaluable advice. It’s also very helpful to become a part of groups such as Black in Gaming that can be great resources and sources of mentorship.

Reach out to someone in the community who inspires you! I’m always inspired by messages I get on LinkedIn from people interested in joining the industry, so feel free to reach out to me or other people in your network, as well as our recruitment team.

You will be surprised at how much people are open to helping.