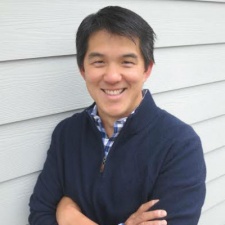 Nextgen mobile publisher Scopely has hired Bernard Chen as its new GM and VP of product.

Chen announced the news in an official blog on the Scopely site, and brings over 15 years’ experience in consumer technology to the Californian company.

His most recent post was as GM of War Commander where he increased monthly revenue of the game, all while initiating a new product development track as the lead product owner of Battle Pirates at KIXEYE.

“In the end, I chose to come to Scopely because of its rare combination of dynamic management team, passionate team members, momentum, funding, and business strategy,” Chen wrote on the blog.

“I’ve been in technology long enough to know that Scopely is a rare place – it’s an environment where the next big ideas can grow, full of people who want to make them happen.

“I spent the last three years working on KIXEYE’s Battle Pirates and War Commander, so I know the delicate balance of skills it takes to build and operate successful free-to-play games.

“My own interests are in product strategy, behavioral economics, analytics, and group dynamics – skills that I’ll bring to bear working on the next generation of mobile games here at Scopely.