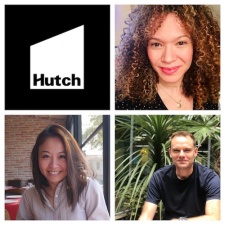 Charmaine St John joins Hutch as head of people, a new position intended to further build the company culture and support staff development. St John has a 20-year career across a variety of companies from M&C Saatchi to Fuse.

Damian Hosen has joined Hutch as a game director for Rebel Racing, in which he will manage and expand player experiences. Hosen previously held similar roles at leading video game studios, including Sony, NaturalMotion and Sumo Digital, and has more than 25 years of experience directing Triple-A and mobile games.

April Huang started her games career with Codemasters in the UK, and over a ten-year period there she advanced from a research role to a senior licensing executive, overseeing all F1 titles. Huang then moved to a production position before joining Hutch as licensing manager.

"The Hutch team is incredibly ambitious, so we’re constantly looking for fresh, motivated minds to help us reach the next level of our development," commented Hutch co-founder and CEO Shaun Rutland.

"Welcoming Charmaine, Damian and April, we are excited to maintain the momentum that not only makes Hutch a great developer but also levels up our publishing capability and overall work environment."

Speaking at Pocket Gamer Connects Digital NEXT, Rutland discussed five steps to "more human" leadership, such as maintaining a balance between work and home life.