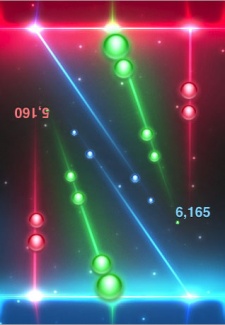 January 9th, 2009 - 04:05pm
By Stuart Dredge, Contributing Editor
Tapulous CEO Bart Decrem has revealed that the company's Tap Tap Revenge iPhone game has now been downloaded by more than five million people, in an email to investors leaked to TechCrunch.

"When we started the company, people asked us why we didnt focus on SMS and WAP, and some rolled their eyes when we told them our goal was to get to 1 million users in 18 months. Six months after launch, were at 5 million users."

Decrem says December saw Tapulous break even thanks to sales of these, plus advertising within Tap Tap Revenge. However, the company also closed a new round of financing on December 31st of more than $1 million.

He also talks up the iPod touch as an important device in its own right. "There were an awful lot of iPod touches in those stockings: weve heard rumors that some ad networks were seeing a million new iPod touches get activated right around Christmas day. The majority of our users are now using an iPod touch."

Decrem says that Tap Tap Revenge II will now launch in early February. You can read the full text of the email over on TechCrunch.