And reveals Q4 revenues of £1.31 million 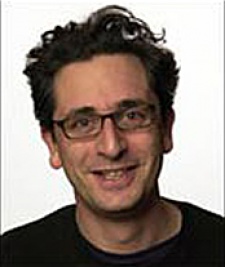 The brands are Trivial Pursuit, Subbuteo, Connect 4 and Battleship, with the first game expected to be available by the end of March.

"Our agreement with Hasbro adds more excitement to our plans for this year," says Probability CEO Charles Cohen (pictured). "It helps further our strategy of leveraging strong global brands to deliver distinctive content to our players, particularly with Slots games."

Does that sequential drop represent mobile gamblers being hit by the credit crunch and spending less? Not according to Cohen. "Christmas came early for many of our players who took a higher proportion of their winnings in the run-up to December 25th than at other times of the year," he says.

"Since Christmas Eve, however, the results have turned firmly back in our favour. On December 23rd we recorded by far our busiest day yet, with up to 15 bets a second at one point in the evening."

Probability says it registered 67,639 new customers during Q4. The company works with UK operators Orange and 3 on mobile gambling services as well as offering its games off-portal, while other licensing partners include Paramount Pictures and Top Trumps owner Electracade.