Apple and Adobe 'collaborating' on Flash for iPhone? 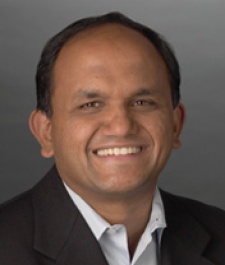 February 2nd, 2009 - 09:00am
By Stuart Dredge, Contributing Editor
Much has been written in recent months about the barriers facing Adobe in its mission to get Flash onto the iPhone  many of them erected by Apple itself.

However, things may be changing, judging by comments made by Adobe CEO Shantanu Narayen at the World Economic Forum in Davos.

Talking about Flash on iPhone, he said: "Its a hard technical challenge, and thats part of the reason Apple and Adobe are collaborating. The ball is in our court. The onus is on us to deliver."

Hang on, collaborating? That's a step forward if true, and may imply that Adobe is working on a third version of Flash specifically for the iPhone, in order to counter Apple boss Steve Job's criticisms that Flash runs sluggishly on the iPhone, and that Flash Lite isn't powerful enough.

Flash on the iPhone wouldn't just benefit games firms  think of all the streaming music websites that use Flash  but there's no doubt that games would be a big factor. Watch this space