The battle to be the Xbox Live for iPhone is on! 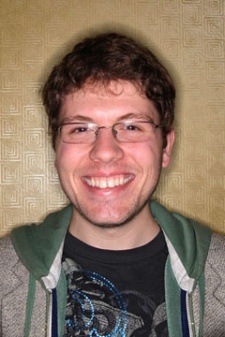 July 14th, 2009 - 05:42pm
By Stuart Dredge, Contributing Editor
Aurora Feint has announced that more than one million active iPhone gamers are playing games that use its OpenFeint 2.0 leaderboards, social features and discovery lobbies.

Released to developers at Apple's recent WWDC conference, the platform is being used for more than 100 games including Pocket God, Sentinel 2 and StickWars. Aurora Feint says it's now registered more than 1,000 developers.

How to celebrate this milestone? By making the platform free. The company says it's scrapping its pennies-per-user charge for indie developers.

It's clearly a response to recent announcements from rival platforms like Scoreloop  as shown by the mention of other models, which are based on revenue share or coins that need to be purchased in the OpenFeint announcement.

We are proud of this important milestone related to the increasing popularity of OpenFeint, says a statement from Aurora Feint co-founders Jason Citron (pictured) and Danielle Cassley.

We urge all indie developers to OpenFeint enable their games because there are real benefits to social gaming and social discovery that they can get for no fees, revenue share or hidden costs.

Meanwhile, Pocket God developer Dave Castelnuovo is one of the people happy to endorse the platform: Now that OpenFeint is free, there is no excuse not to use it, he says.

So if the platform is free, how does Aurora Feint make money from it? Citron confirmed to PocketGamer.biz that there's no tiered pricing system - "OpenFeint is completely free to use for developers no matter how many applications or players they have."

Instead, the company will now make money from affiliate sales of games discovered using OpenFeint.

Every time a player buys something, as a registered affiliate partner for Apple, Aurora Feint gets 5 per cent of the purchase price, with 25 per cent going to Apple and 70 per cent to the developer.

"It really is a clean model that comes at no cost to the developer," he says.

OpenFeint is doing well partly because the platform is tried and tested, but also because it's emphasising the app discovery features as well as social aspects  players of one OpenFeint-enabled game can browse and tap through to buy other titles.

The pace of innovation with this kind of social gaming platform for iPhone is rapid right now, thanks to the intense competition between OpenFeint, Scoreloop and other rivals  including those like ngmoco's Plus+ that have been developed by publishers.

The unknown unknown about this area, however, concerns Apple's long-term strategy. For now, it's content to let the different platforms fight it out - a policy that's spurring the speed at which they evolve and add new features.

But at some point, we can't help wondering whether Apple will pick out a winner, possibly acquire it, and turn it into the official Xbox Live-style connected platform for iPhone gaming.

That's pure speculation for now, though. In the meantime, developers get to choose between several platforms competing for their titles, and the impact for iPhone gamers is many more games with social features.