Will a trade sale be next? 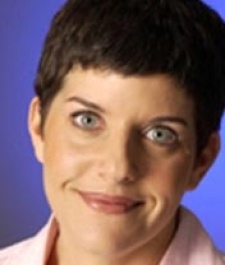 October 2nd, 2009 - 01:25pm
By Jon Jordan, Contributing Editor
It's looking like US mobile publisher Glu Mobile [Nasdaq:GLUU] is lining itself up for a major re-organisation or possible sale.

A SEC filing has revealed that senior VP of global publishing Jill Braff is leaving, effective October 9th, to become the president and CEO of an unnamed privately-held company.

Glus CEO Greg Ballard is also on borrowed time. He announced he was leaving in July 2009, and is only staying while a replacement is found.

The departure of three of Glus top executives leaves the way open for a new team to come in a shake up operations.

The company has been losing money quarter on quarter for several years, although it was cashflow positive when it announced its Q2 2009 figures following a process of restructuring.

Equally though, this could herald a future merger or acquisition, although its not clear who would want to purchase the publisher.

Despite predicting turnover of around $80 million for FY2009, it has struggled to compete with the likes of EA Mobile and Gameloft on the mobile side of the business, and was slow to get into iPhone development.