Tallying up the body count 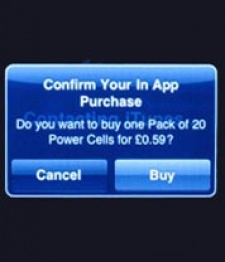 November 4th, 2009 - 05:40am
By Jon Jordan, Contributing Editor
Since its global launch on Monday 2nd November, ngmoco's free-to-play online iPhone shooter Eliminate has been demonstrating the freemium business model - where gamers pay small micro-transactions for a free game - appears to be working.

At time of writing, the game is #1 in the US Free chart, while - more significantly - it peaked at #20 in the US Top Grossing chart.

Maybe we shouldn't be too surprised about its performance in the free chart.

It's a high anticipated game in a hardcore genre that's not over populated. Reviews have also been positive. 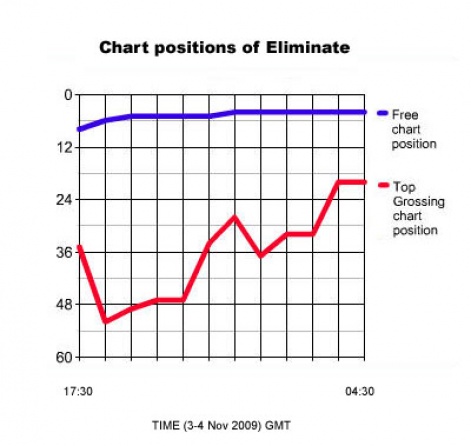 The business model, which limits a player's progression levelling up through the game to unlock new and better armour and weapons, is the crux of the matter however.

Once a player uses up their supply of in-game energy, which recharges slowly over a four hourly period, they have to buy additional supplies if they want their performance to count or wait.

In this way, Eliminate's rush up the Top Grossing chart was perhaps also be expected as players experimented with the new system, although getting into the top 20, alongside paid games such as EA's FIFA 10 ($9.99), is certainly impressive.

The question will be whether such a model is sustained in the longrun. For example, at time of writing, Eliminate had dropped back to #70 in the Top Grossing charts, as the glut of new players who had bought extra power hadn't yet used it up, before rising again to #52 as the next wave paid up.

Trying to get a handle on such performance will no doubt take time, but in these early stages I've also been looking at some of the gameplay data as provided by ngmoco on its Eliminate website.

The total number of games rose steadily as the game jumped up the charts and the main US markets moved into their leisure/evening phase (note, graph time is GMT). 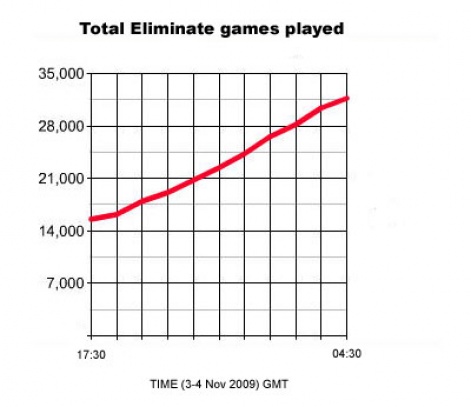 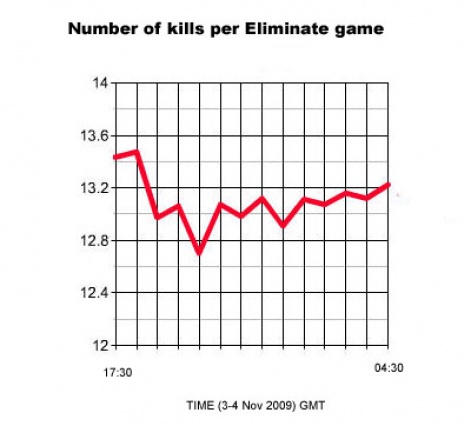 In future, this could be interesting to watch to see if ngmoco tweaks the game's reward system.

As you can see, they're not particularly insightful at present, but trends will hopefully occur over time. 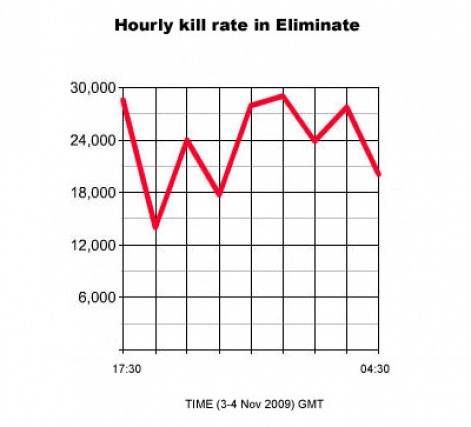