To be announced with iSlate? 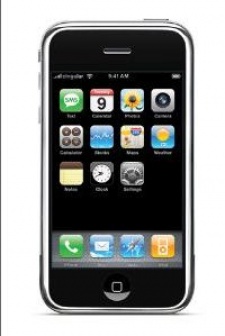 January 20th, 2010 - 08:49am
By Keith Andrew
Rumours surrounding iPhone OS 4.0 may not quite match the heat currently emanating from the expected iSlate/iTablet announcement on January 27th, but that hasn't stopped some speculating as to just what will make it into the device's next software update, which is also expected to be announced during the event.

According to what The Boy Genius Report describes as "trusty Apple contacts", 4.0 OS is set to push iPhone closer to a "fully-fledged computer" than ever before..

The site claims multi-touch gestures should make it into 4.0 OS, as well as an advance in multitasking, said insiders, noting the update will utilise "a few new ways to run applications in the background."

Graphical and UI changes designed to make navigation easier are also expected, the site adding that a "brand new syncing ability for the contacts and calendar applications" is in the works - though details as to its application are not yet known.

Presumably there will also be features related to the larger screen resolution of the iSlate, with tools provided for developers to test how their content will work at different scales.

Apple is expected to use its event on January 27th to cast light on 4.0 OS as well as the iTablet launch, FOX News having reported earlier in the week that Apple was putting "next-generation software" for iPhone ahead of any further hardware revisions.