Nokia's smartphone assault being halted by its past, says Gravity dev

Studios are sure if N8 is here to stay 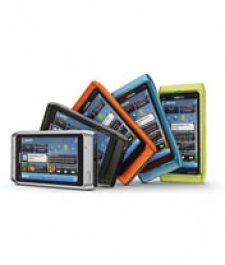 It's no exaggeration to suggest that many view the firm's N8 handset  due to launch this September  as its first real attempt to take on iPhone, yet developers are questioning whether it's really worth backing the platform.

The reason? They just don't know how long it'll be around for.

According to Suhr, nobody within the development community is sure just what kind of shelf life N8 has, simply because it represents entirely new ground for the manufacturer.

"It's difficult for small developers to invest in the smartphone segment of Nokia when nobody knows its future," Suhr told Bloomberg.

"The new shiny things arent available and theres only the old-fashioned stuff, where it takes a lot of work to make the software look good."

While recent reports have suggested there are downloads aplenty to notch up on the Ovi Store, working with Nokia hasn't always been the easiest of set-ups for the average developer.

The company's to-and-fro attitude with the N-Gage platform  relaunched, updated, and then later dropped  meant studios were without a stable first-party environment to sell their wares to consumers.

Nokia also has a comparatively low market share in the US, meaning it's hard for developers working on the States to visualise the success both Nokia and the Ovi Store enjoy overseas.

Despite its high-spec set-up, it appears N8 will need to win over the development community if it is to make Nokia a genuine contender in the US smartphone market for the first time.