November 5th, 2010 - 01:54pm
By Keith Andrew
The numbers delivered in the latest Distimo report paint a picture of an App Store acclimatising itself to the differing nature of the two platforms it serves  iPhone and iPad.

It's a change not only reflected in the average prices of apps available for each system, but also in the buying habits of consumers.

Distimo goes as far as to suggest that, as things stand, iPad owners are actually more willing to accommodate the higher priced apps than developers.

In contrast, iPhone apps have seen their average price change very little, up just 2.3 percent since June to $4.03.

This is reversed for iPhone. 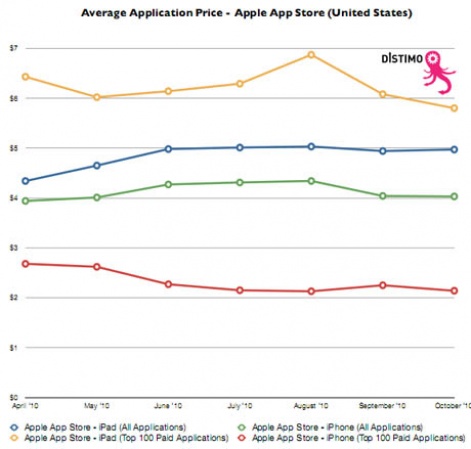 "This indicates that consumers are willing to pay much more for an iPad application than for an iPhone application. Developers, however, are not yet pricing their applications accordingly."

Bulging App StoreDistimo's stats also suggest the number of apps heading iPad's way is ramping up, rising from around 5,200 in April to just fewer than 38,000 in October.

As a result, there are 5,452 iPad apps added to its roster on average every month.

That, naturally, doesn't quite compete with the more than 12,200 apps that head iPhone's way, but  in total  the App Store is growing at a average rate of 15,000 new apps every month. 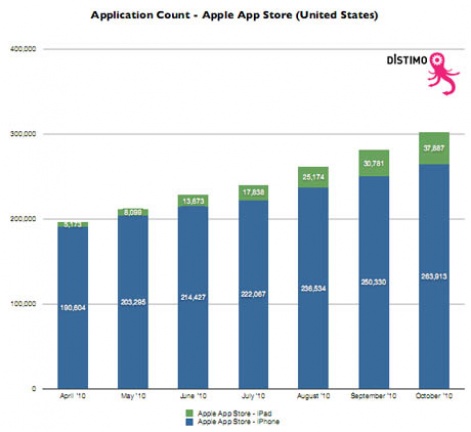 However, it's a past master that is proving to be one of the most popular of both platforms.