The whats, whys and wherefores 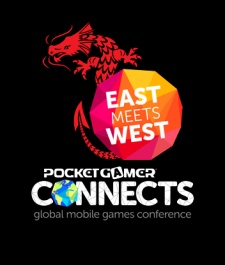 Berni is a psychologist specialising in Cyberpsychology – the study of how humans interact with technology.

With a background in the games industry and publishing, her consultancy fills a void in the industry about how psychology can inspire, advise, and instruct developers around the psychology of the gamer.

Berni offers a unique consultation and bespoke user experience solutions firmly based in psychology to deliver outstanding experiences for the gamer. Working with the biggest games developers and publishers on the globe, she has a proven track record of delivering unique research from the experience of the gamer and the gamers' perception from the F2P experience to MMORPG's.

Backed up with valid scientific research, her team can offer a unique insight in the psychology of the gamer to enhance game play and experience; influence developer design decisions and contribute towards incredible game play experiences.

Richard brings over 15 years of experience in the mobile marketing and developer sectors to his current role Distimo, a globally recognised leader in app store market data and analytics.

Prior to Distimo, Richard gained the majority of his experience at Vodafone and Nokia. He also led the business development team at Catchy Agency, the leading global developer marketing agency based in the UK.

At the recent PG Connects 2014 conference, we wanted to find out why people attended, and their views on how 2014 would pan out.

You have to get out there and network says Alistair Aitcheson

Distimo's Richard Pidgeon on the importance of data

Get into HTML5 and WebGL now to solve distribution, says Goo's Sara Lempiäinen

2014 will be difficult for indies. We need to work together, says Adrian Adamiak

PopAppStore: Don't forget to monetise outside your game

How PopAppStore unlocks game merchandising for all developers