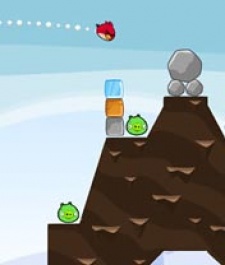 December 9th, 2010 - 12:19pm
By Keith Andrew
So regular are Angry Birds sales milestones these days, you could almost set your watch by them.

The latest, as revealed by Rovio Mobile CEO Mikael Hed during LeWeb '10, is that total Angry Birds downloads have now passed the 42 million mark.

The majority of which, as you might expect, have come in the shape of free downloads, but Angry Birds is no slouch when it comes to generating money from the paid version either.

"The game has sold more than 12 million copies, and then in addition there are something like 30 million or more free downloads on the different platforms," Hed said at the event.

It's Rovio's dual approach of serving up both paid and ad-supported models that Hed believes enables the franchise to reach out across multiple marketplaces.

As such, while the free release is the perfect fit for Android  helping the game reach countries where paid apps are not available on Android Market  the standard paid release is better suited to the iPhone set up.

"On the iPhone the commercial model works very well. There is one shop, everybody uses it, and Apple forces everybody to register for iTunes before they use the phones, so everybody can buy on iPhone."

Hed also dismissed claims of a tense relationship between Rovio and Microsoft following the Angry Birds app icon mistakenly appearing on the Windows Phone 7 website, going on to confirm once again that a version for the new OS is  currently in the works.