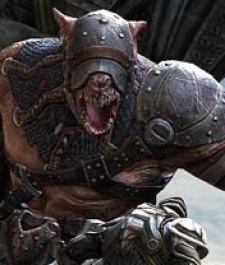 Though Epic itself is yet to release any official statistics regarding the game's performance, the site claims the figure is based on the number of its players who have also logged on via Apple's Game Center.

Obviously, the real number will be higher, possibly significantly so.

Indeed, Epic veep Mark Rein has tweeted: "Great Infinity Blade success stories today however the Game Center numbers being reported are quite a bit lower than the actual sales."

Given the title currently retails for $5.99, such a figure would mean Epic has pooled in more than $1.1 million from the 70 percent of the gross price it's paid, since launching the title on December 9.

That's a total that surpasses current fastest grossing app record holder the 99c Cut the Rope, which turned over more than $1 million from 1 million downloads in its first ten days on sale.

Epic first revealed the game's price point  which is significantly higher than rival id Software's 99c/$1.99 Rage/Rage HD  at the end of November, the view being that the studio was making the most of the anticipation surrounding its release without pricing itself out of the mass market.