Finnish firm would be welcomed into Android family 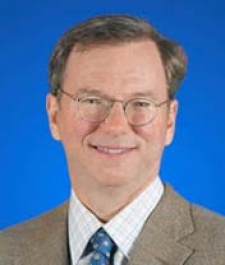 February 16th, 2011 - 01:33pm
By Keith Andrew
Without wishing to over dramatise the situation, Nokia's decision to adopt Windows Phone has rocked the industry on almost every level.

Not only are the futures of MeeGo and Symbian now in question, but, as a result of the Finnish firm siding with Microsoft, Apple's most fervent competitor  Google  missed out on the support of the world's largest mobile manufacturer.

It's a bump in the road that hasn't gone unnoticed by the press, either.

Questions posed during CEO Eric Schmidt's keynote at Mobile World Congress inevitably focused on just how Google had let Nokia slip through its fingers, and what the news means for Android's future.

In response to the former, Schmidt confirmed that Google had held "confidential negotiations with Nokia that were extensive", but they evidently hadn't been enough to convince the firm that Android was the right way to go.

All's fair in love and smartphones

"We would have loved that they had chosen Android," Schmidt told those in attendance.

"They chose the other guys, that other competitor, Microsoft. I think we are pretty straightforward."

Nonetheless, should Nokia's deal with Microsoft not work out  and Google will surely be hoping that it doesn't  he would personally have no problem welcoming the company into the fold.

"We would like them to adopt Android at some point in the future and that offer remains open. We think Android was a good choice for Nokia. We are sorry they made a different choice."

Despite a generally favourable reaction to Nokia's new found alliance in the press, reports suggest the decision hasn't gone down well with everyone.

At the giant's AGM in May, it's expected 9 shareholders will table a motion to remove CEO Stephen Elop from his post, drop support for Windows Phone, and re-establish Symbian as the company's dominant smartphone platform.

It's a move that, with such slight support, is unlikely to get very far, but nonetheless hasn't gone unnoticed by those casting an eye over each and every move Nokia makes at it looks to solidify its business.

UPDATE: Those behind the plan to remove Elop and throw support behind Symbian - titled 'Plan B' - have already called it quits, just 36 hours into their campaign.

"The responses that we received from institutional investors were not encouraging," the organisers stated in a blog post.

"We also realised that by the time our Plan B would kick in, most remaining software talent in Nokia would have already left the company, so it would be really an uphill battle to pick up things from there."