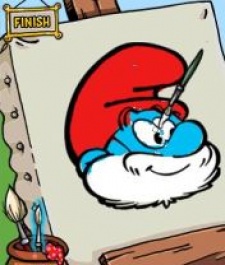 May 10th, 2011 - 02:31pm
By Keith Andrew
If there was one game that bore the brunt of the recent controversy surrounding in-app purchase systems, Capcom's Smurfs' Village was that title.

Its success ensured it was the focus from parents who claimed their children had unknowingly amassed huge bills by paying for the game's in-app items of choice  Smurfberries  that alerted the attention of the press to begin with.

In quick time, Apple addressed such concerns by requiring users to input their password for any IAPs, even if they were already in the standard 15 minute log in period.

However, that wasn't before the company reportedly clashed with Capcom itself.

A well placed source informed PocketGamer.biz at the time that Apple had told the publisher 'in no uncertain terms' that customer complaints levelled at Smurfs' Village simply weren't acceptable  something Capcom later refuted.

The publisher might have been reluctant to admit there was a problem to begin with, but it's still taken steps to ensure Smurfs' Village isn't the subject of negative headlines in the future.

As detailed over on Pocket Gamer, the latest update to the game includes a new cap, which prevents players from downloading more than five items via in-app purchases within a 15 minute period.

While the combination of Apple's refreshed IAP rules and Capcom's self-imposed cap doesn't rule out the possibility of users paying for goods without realising, it does make such occurrences far less likely, and severely limits their impact if and when they do happen.

Capcom naturally has much to gain in keeping Smurfs' Village in consumers' good books.

The firm recently cited both it and other social releases as one of its keys successes in 2010. Combined with Zombie Cafe and Lil' Pirates, Smurfs' Village has enjoyed downloads of more than 15 million across North America and Europe.

The publisher has also launched a new social mobile games unit Beeline Interactive, which will look to mirror Capcom's success in the home console and portable markets in the mobile field.