Predicts the browser will beat the app 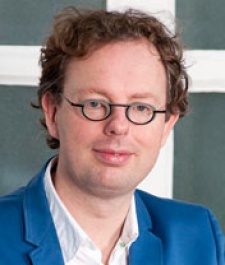 May 18th, 2011 - 04:27pm
By Jon Jordan, Contributing Editor
It's been running HTML5-based mobile game making competitions for the past 10 months, so it's no surprise social gaming giant SPIL Games is a keen proponent of the emerging web standard.

On the back of encouraging developers, as well as making content available on the mobile versions of its websites, such as games.co.uk, girlsgogames.com and jeux.fr, CEO Peter Driessen says it's very positive about the future of mobile browser games.

"The technology means we can't provide deep gameplay at the moment, but what's important is we can offer games in a social environment, so players can see what their friends are playing."

As well as Facebook integration, SPIL enables this with its own social layer, offering profile, avatars, leaderboards, game ratings, and cloud-based saves so you can play your games on different devices.

Of course, the vast majority of SPIL's 130 million monthly active users - generally girls and mums - aren't yet accessing its gaming portals via mobile.

Driessen says its current mobile user base is only a couple of percent of its overall total. But as the technology matures, adding better audio features and enabling more complex content to be played, he expects this to change quickly.

SPIL will be pushing for change as it rolls out its own promotional campaign for its mobile gaming sites.

Driessen also points out that as Facebook evolves its mobile strategy over to HTML5 during 2011, this will force developers, publishers and tools companies to adopt the technology as a standard.

"Maybe in three years, we won't even talk about mobile in this context," he says. "I think that in two to three years, we'll see browser-based games overtaking apps."