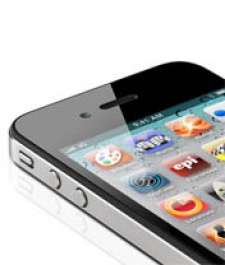 October 4th, 2011 - 06:34pm
By Keith Andrew
The gaze of the press may have been on the forthcoming unveiling of new iPhone hardware during Apple's 'Let's Talk iPhone' event, but recently appointed CEO Tim Cook also had time to talk up the current model.

"It's the number one smartphone in the world," Cook stated at the start of the event, claiming the handset - all versions combined - makes up 5 percent of global mobile sales.

Not an especially large figure, you might think, but given that also includes feature phone sales, it's nothing to be sniffed at either.

He went on: "What's amazing is that the iPhone 4 has sold over half of our total iPhones sold in the entire time weve been selling iPhones."

Indeed, based on Apple's quarterly results up to July 2011, more than 70 million iPhone units had been shipped to retail since iPhone 4's launch in June 2010.