New strategy on the agenda 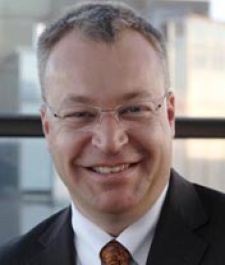 October 24th, 2011 - 10:59am
By Keith Andrew
Expected to play host to the unveiling of the firm's first Windows Phone handset(s), Nokia has revealed CEO Stephen Elop will take charge of the keynote speech at this years Nokia World conference.

Elop is set to outline the progress of Nokia's new strategy in the speech, with the firm's strategic alliance with Microsoft resulting in a shift away from Symbian and the now defunct MeeGo platform.

After Elop's opener, 12 other speakers will take to the stage at the two day event  kicking off in London's ExCel on October 26  including Microsoft's Windows Phone program corporate VP Joe Belfiore and Rovio CMO Peter Vesterbacka.

However, even before the conference kicks off, the first teaser ads for the Nokia 800  likely to be the headline Windows Phone device showcased at the event  have aired in the UK, with speculation suggesting the handset may roll out to retail on November 15.

More details on Nokia World can be found on the event's website.