"The mission-critical LTE network we have developed has been specially designed to withstand the extreme temperature, radiation and vacuum conditions of space" 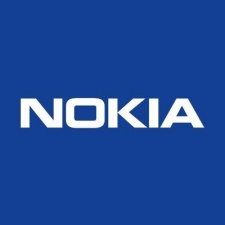 NASA has given Nokia $14.1 million to deploy the first 4G/LTE mobile network in space.

One of several companies to receive monetary backing from NASA, as part of the Tipping Point programme, Nokia will launch the first 4G/LTE service to be available on the moon. However, there is no time frame for when the project will be complete.

We are excited to have been named by @NASA as a key partner to advance “Tipping Point” technologies for the moon, to help pave the way towards sustainable human presence on the lunar surface.

So, what technology can you expect to see? (1/6) pic.twitter.com/wDNwloyHdP

Further down the line, the telecommunications firm will advance its lunar network to 5G, though it's only recently that 5G has become available on Earth.

"Working with our partners at @Int_Machines, this groundbreaking network will be the critical communications fabric for data transmission applications, including the control of lunar rovers, real-time navigation over lunar geography, & streaming of high definition video," Nokia Bell Labs.

"The mission-critical LTE network we have developed has been specially designed to withstand the extreme temperature, radiation and vacuum conditions of space, as well as the sizable vibrational impact during launch and landing on the lunar surface."