Get it while retail stocks last 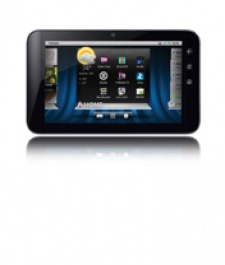 December 5th, 2011 - 04:49pm
By Keith Andrew
Billed less as a comment on the device and more an indication of the firm's inability to push it, Dell has quietly announced its 7-inch Android powered Streak 7 has been pulled from sale online.

As a result, the American manufacturer has dropped out of the Android tablet market to all intents and purposes, with the device's smaller cousin  the Streak 5  having been canned in a similar fashion at the end of the summer.

"Dell remains committed to the mobility market and continues to sell products here and in other parts of the world," Dell said in a statement.

"Streak 7 delivered a unique experience for customers who wanted a larger screen size yet the freedom of staying connected to their personal and professional content while on the-go."

Though Dell refers to Streak 7 in the past throughout, the firm claims some carriers  such as Australia's Optus  will continue to sell the tablet, though makes no reference to any time span.

Either way, Streak 7's inability to make a mark comes as Amazon's $199 Kindle Fire appears to be flying off shop shelves, proving the Android tablet market is anything but dead, but rather more complex than initial backers had expected.

Dell's move comes after DigiTimes reported Taiwanese rivals Acer and Asus have also decided against launching Android tablets in the future, suggesting Windows 8 will be a key focus for such companies when it rolls out next spring.

Indeed, with HP reportedly in the process of testing Windows 8 on TouchPad, commentators now expect Microsoft's OS to form the focus of Dell's future operations in the tablet market, building on the firm's existing 10-inch Windows 7-powered Latitude ST.